Home » Food Styling and Photography - Ratatouille in the Making 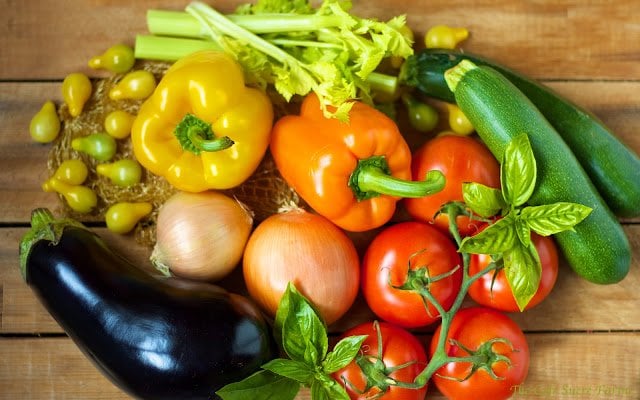 Food Styling and Photography - Ratatouille in the Making

Do you ever feel like a kid who's playing with a favorite toy? A toy that you've had for a long time .......... then someone shows you new things it does, things that you never dreamed of. Really cool things that almost make it a new toy, but with all the familiarity of the old favorite. That's exactly how Scott and I have been feeling since returning from our adventure in New York where I studied French cooking and he took a workshop on food styling and photography.

We flew home late Sunday evening and Monday, after a wonderful sleep in our own bed (there's nothing like it, is there?), I realized my cupboards were quite bare. A trip to the market was on the docket for the day. I didn't make much of a list, just decided to see what was on sale and what looked good.

I was delighted, upon entering the produce section, to see that everything I needed for Ratatouille; tomatoes, peppers, onions, zucchini and eggplant were all on super-sale and everything looked fresh and beautiful. Ratatouille was one of my favorite dishes that I learned at The Culinary Institute, I've made it before, but this is a deliciously beautiful version of it that I learned from Chef Bruno, my instructor.

When I got home with my grocery stash, I pulled out all the pretty veggies and asked Scott to show me some of the things he learned at his workshop. It was so fun to see him go about arranging the veggies in a beautiful presentation style (check it out above!). I'll be sharing the recipe and technique on Monday, but I'll turn the post over to Scott now, since I know many of you have mentioned that you wanted to hear about his learning experience along with some tips and tricks ................

OK, let’s get this out in the open right away, I’m the mouse. I enjoy great food........... and sweets, well I haven't met too many that I don't like. I can smell them a mile off and can almost sense when they’re present in the house, even though Chris is a master at hiding them (Ah.... let’s just let her keep thinking that! 😉 So, now you know...welcome to my world! Well, the “mouse” got his dream come true last week. No, not that I accidentally fell into a bed of Lindt chocolate balls and had to eat my way out, but another, better dream come true. To work with truly gifted food photographers and stylists up in NYC. (alias the BIG Apple)

Earlier this week Chris told you that, along with her awesome experience this past week at the Culinary Institute of America, I was blessed with a parallel opportunity - learning from the best at the Institute of Culinary Education right in the heart of the city. I'd like to share a little of my "dream" experience with you.

I flew into New York bright and early on Thursday morning and took a breathtaking fall train ride to the CIA to meet Chris, her cohorts and Chef Bruno and to document some of Chris’ experiences. We had a whirlwind day, photographing the students, the foods and the beautiful surroundings of Hyde Park, New York. And then, less than twenty-four hours later, I arrived at my first day of Food Photography and Styling classes back in NYC on Friday.

The day started out as a dismal, dreary, drenching (it rained nonstop!) New York City fall morning, yet there was a great deal of energy and enthusiasm up on the 5th floor of ICE (The Institute of Culinary Education). Despite my early arrival, large carts of food prep trays and students with crisp chef’s jackets were whizzing around me as the day got underway. 16 excited “civilians” were led up the steps to our classroom and the the exciting work began. Our instructors were a seasoned trio of food photography notables. James (Jim) Peterson has written (and photographed) a large number very successful cookbooks, garnering him both James Beard and IACP awards. Jamie Tiampo, creator of eatTV.com is a digital photography whizz and has lent his ample digital skills to Sara Moulton’s “Everyday Dinners” as well as a myriad of other high end projects. The team was rounded out by the wonderful compliment of Laurie Knoop. Laurie has “done it all” in the area of food styling, instructor, recipe tester, developer and food writer. She’s worked with many of the major food companies during her many years of experience.

Day 1 began with the usual introductions and we then spent the morning going over photography basics. It seems that, no matter how long you've been taking pictures, it's great to get reminded about what it takes to get an excellent photograph. After lunch, we divided into four teams, grabbed some vegetables, spices, props and anything else we could use to do a food shoot. All the while Jim, Jaimie and Laurie assisted us, made valuable suggestions, and basically coached us on how to make our selection of food "pop" in the camera. Each of the four student teams approached the process from uniquely different angles and tastes. Then Jim and Jamie applied their ample photography skills to capturing the presentations. Throughout the photo process, they shared with the teams what they were doing, why they were doing it and yet, let us make most of the final decisions for our projects ourselves. We happily, yet wearily trudged back to our homes and hotels that afternoon with a new appreciation of how complex, yet fascinating, capturing food in digital images is.

Here's a few things that really stuck with me from the first day:

The next morning, we were rested and ready to shoot Day 2. But Laurie threw us a bit of a curve ball, taking us on an adventure to a truly unique part of New York - the Union Square Farmer's Market. There in the middle of a metropolis of ten million people, a few short blocks from Madison Avenue, Park Avenue and the Empire State building, was..... a farmer's market? An amazing farmers market, teaming with produce - fruits, vegetables, flowers, honey, mushrooms and just about anything else you could imagine! 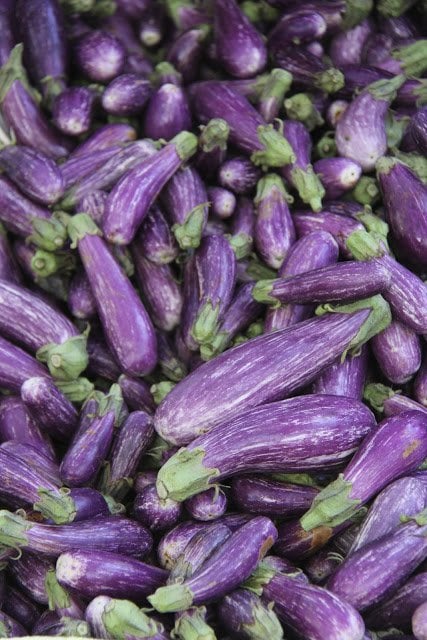 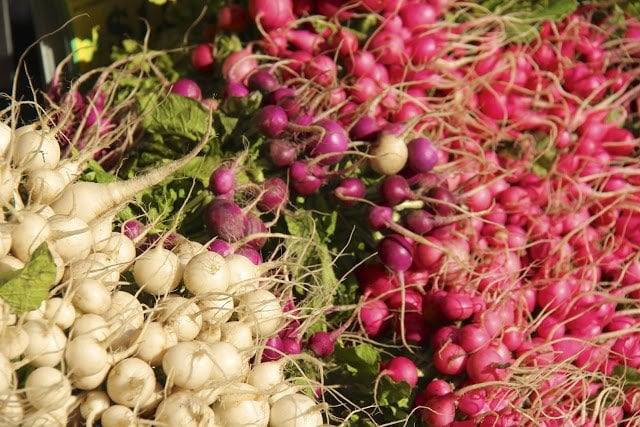 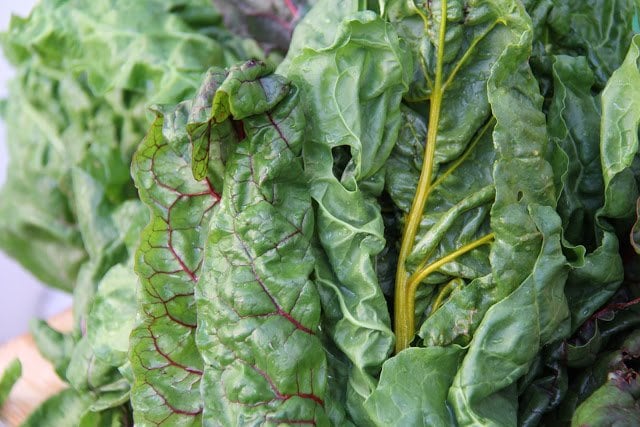 The photo ops were staggering! I could have easily stayed there all day shooting endlessly, but we were focused on the challenge ahead. Laurie gave each team a whopping $5 to purchase food for our Day 2 shoot. The teams split up and eagerly began the hunt. One hour later, we were on our way up the few short blocks to the Institute, shlepping our newly purchased foodie favorites in our shopping bags and stopping at interesting stores in our path! Of course we found a few "photo ops" along the way.

After our morning adventure, we spent the rest of the day reviewing the Day 1 projects, learning about food styling from Laurie and shooting our morning Farmer's Market foods. 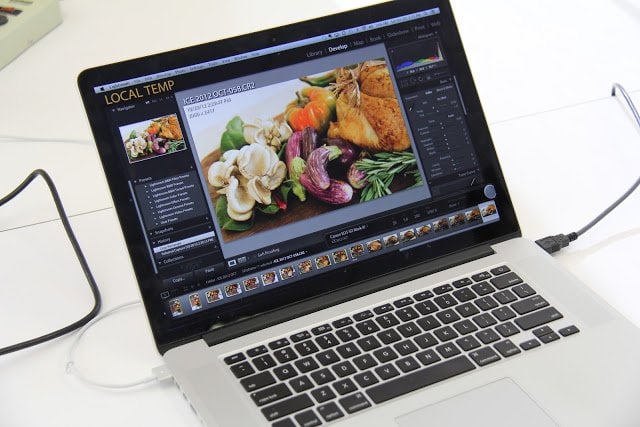 I'll be wrapping up my experience on Monday with a lot more of the tips and tricks I learned during my three day workshop. Be sure to check back for "the rest of the story"; a tutorial on setting up a food photo shoot and the recipe for the wonderful Ratatouille Chris made with her bounty.
~ Scott 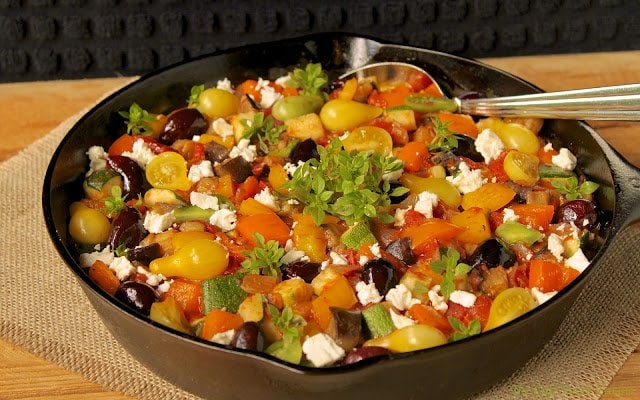