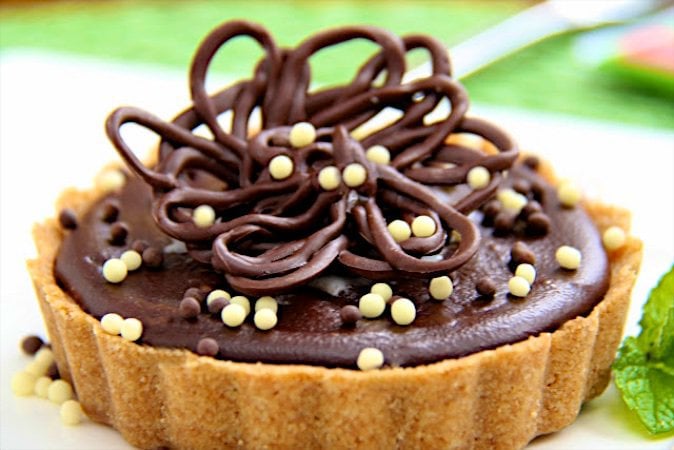 One of my friends had a birthday last week and I wanted to make a special dinner to celebrate. When it came to the dessert, I wanted something that would sparkle and decided on an old, tried and true, never fail recipe that I've been making for many years; Peanut Butter-Ganache Tart with Shortbread Crust. I made it in small individual tart pans this time instead of a larger pan. It's always a big hit, and most everyone who tries it wants to lick the plate clean! 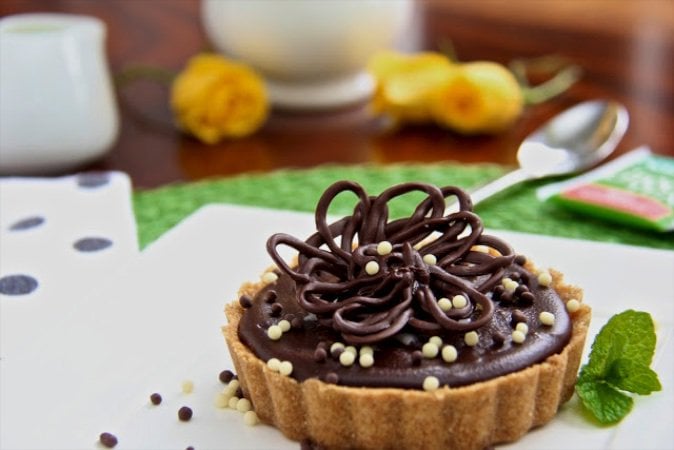 In fact, there's a sweet, funny story that always makes me smile when I pull out this recipe. Many years, ago I had a dear friend/neighbor named Janet whose husband, Ken, went crazy over this dessert. I started making it every year for his birthday. One year, I had the pie all set to go, but decided to play a little trick on the unsuspecting birthday boy. I took a small sherbet cup and plopped in a scoop of peanut butter. I tossed a few chocolate chips on the top and asked my son, Nick to take it over to Ken. My son was instructed to tell him that I didn't have the time to make a peanut butter pie, but that I hoped this would suffice. Nick completed his assignment and returned home with a "Thank you so much." message from this dear man. My friend,  Janet was in on the joke and after Nick left their house, she said to Ken, "I can't believe what a cheapskate Chris is! This is disgusting!" She reported to me later that Ken just looked at her and said very calmly, "If this is all Chris had the time to make, it's just fine with me". Now that is a good, kind man! By the way, he did get his real pie that year and this story has given us many smiles and laughs over the years anytime I make this dessert.
Print
Peanut Butter-Ganache Tart with Shortbread Crust
Most everyone who tries this wants to lick the plate clean. Some admit it, some don't.
Author: Adapted by Chris Scheuer from Bon Appetit 1990 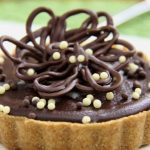 To make small individual tarts, use 8 small tart pans with removable bottoms - mine are 4 inches in diameter. Proceed with the directions as above, dividing the ingredients between the 8 pans.