Super healthy and crazy delicious, this beautifully-hued Carrot Coriander Soup is sure to become a favorite with young and old alike at your dinner table!

Have you ever found out about something new and then wondered; "Why in the world, did it take me so long to discover this?" They say, "What you don't know won't hurt you.", right? What "they" don't tell you is that sometimes what you don't know could make your life brighter, more interesting, more fun or... just more delicious! This Carrot Coriander Soup is the perfect example! 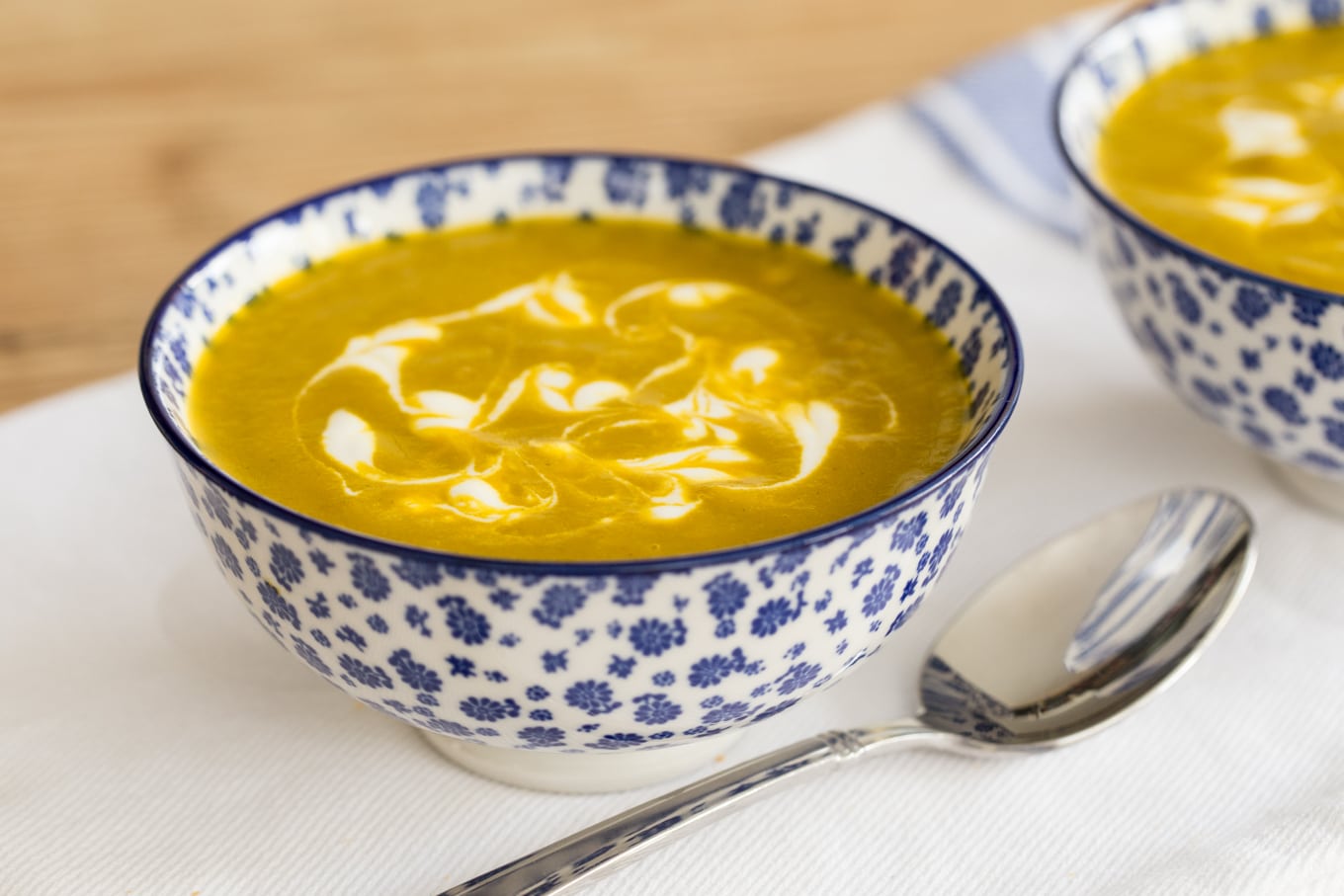 Scott and I are currently in London, visiting our daughter Cait and her family. We love visiting this bustling metropolis and simply living daily life here. Our London family includes four children, 10 years old and under, so life is never boring. We love spending time with the little ones, but it's also wonderful having one on one time with Cait during the school hours. We'll often jump on the Tube (the London underground) or in the car with her and head out to some fun destination.

One morning last week, after being out all morning, Cait asked if we'd like soup for lunch. It was a cool, cloudy, damp (typical London) fall day and soup sounded wonderful. She pulled out a big bunch of carrots and a few other ingredients and, before I knew it, there was a large pot simmering away on the stove, sending a delicious aroma throughout the house. 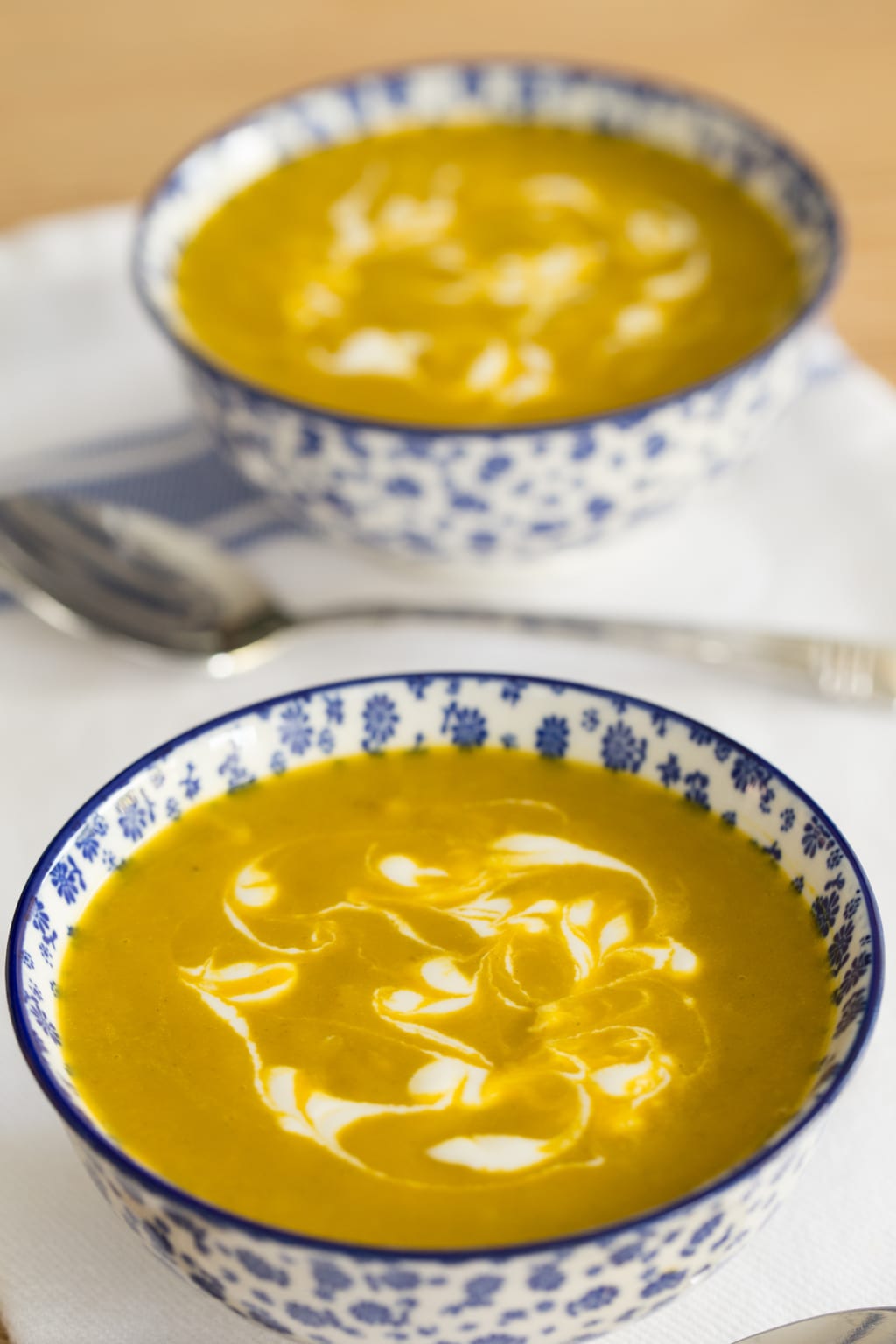 It was a wonderful lunch; warm, fragrant, beautifully-hued soup, a simple green salad and warm, crusty bread. Cait shared that the soup recipe, Carrot Coriander Soup, was from Fine Cooking. I'd never heard of Carrot Coriander Soup but, after doing a bit of research, discovered it's a very common soup, both here in England and also in Ireland. 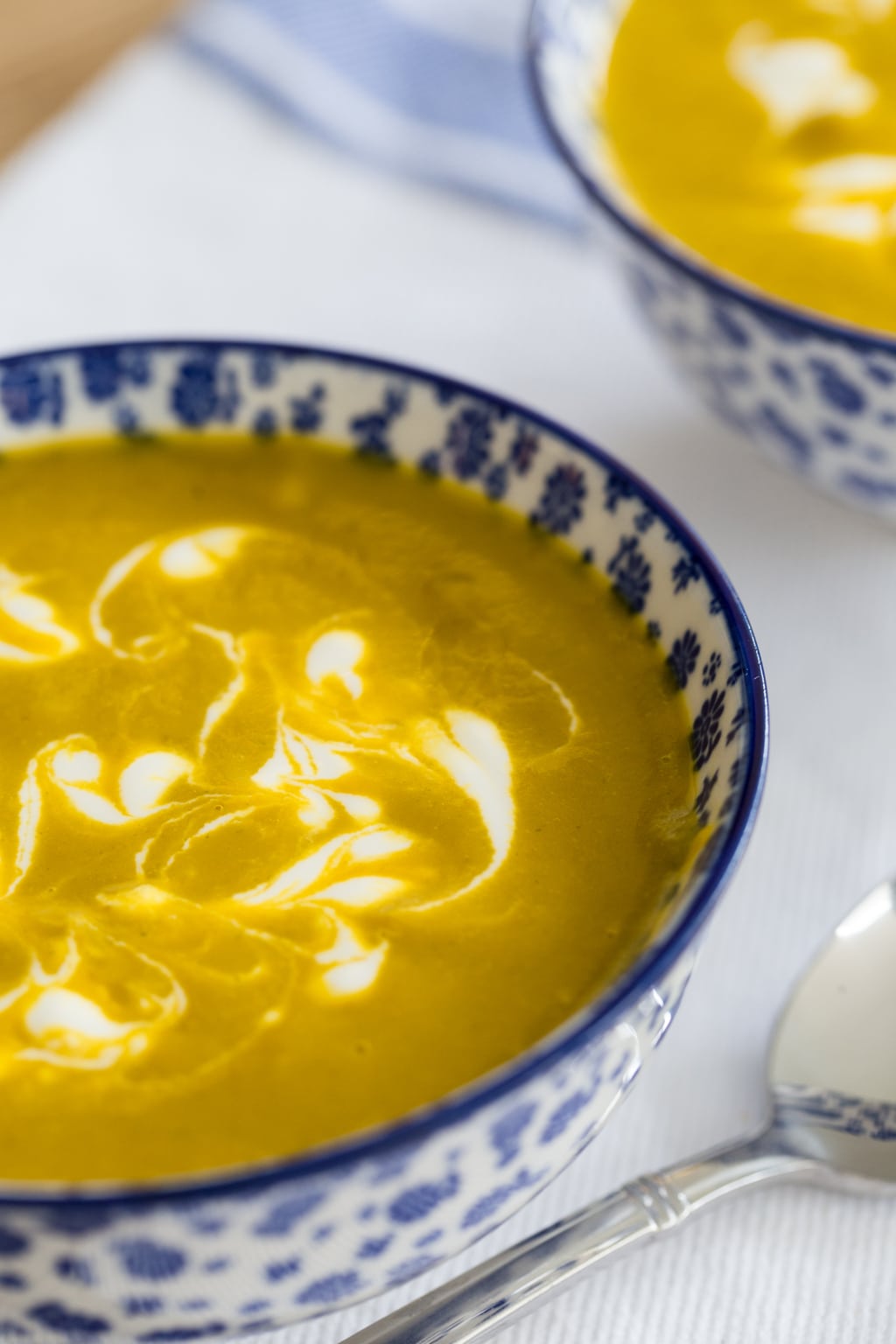 And it's funny, every grocery store I've been in since, has cartons of this soup in their prepared foods section. I've also noticed that it's a common offering on café, bistro and restaurant menus here as well. Honestly, ever since Cait prepared this soup for us, I'm seeing it everywhere! Have I been living under a big rock? Hello? Where have you been hiding, Carrot Coriander Soup? 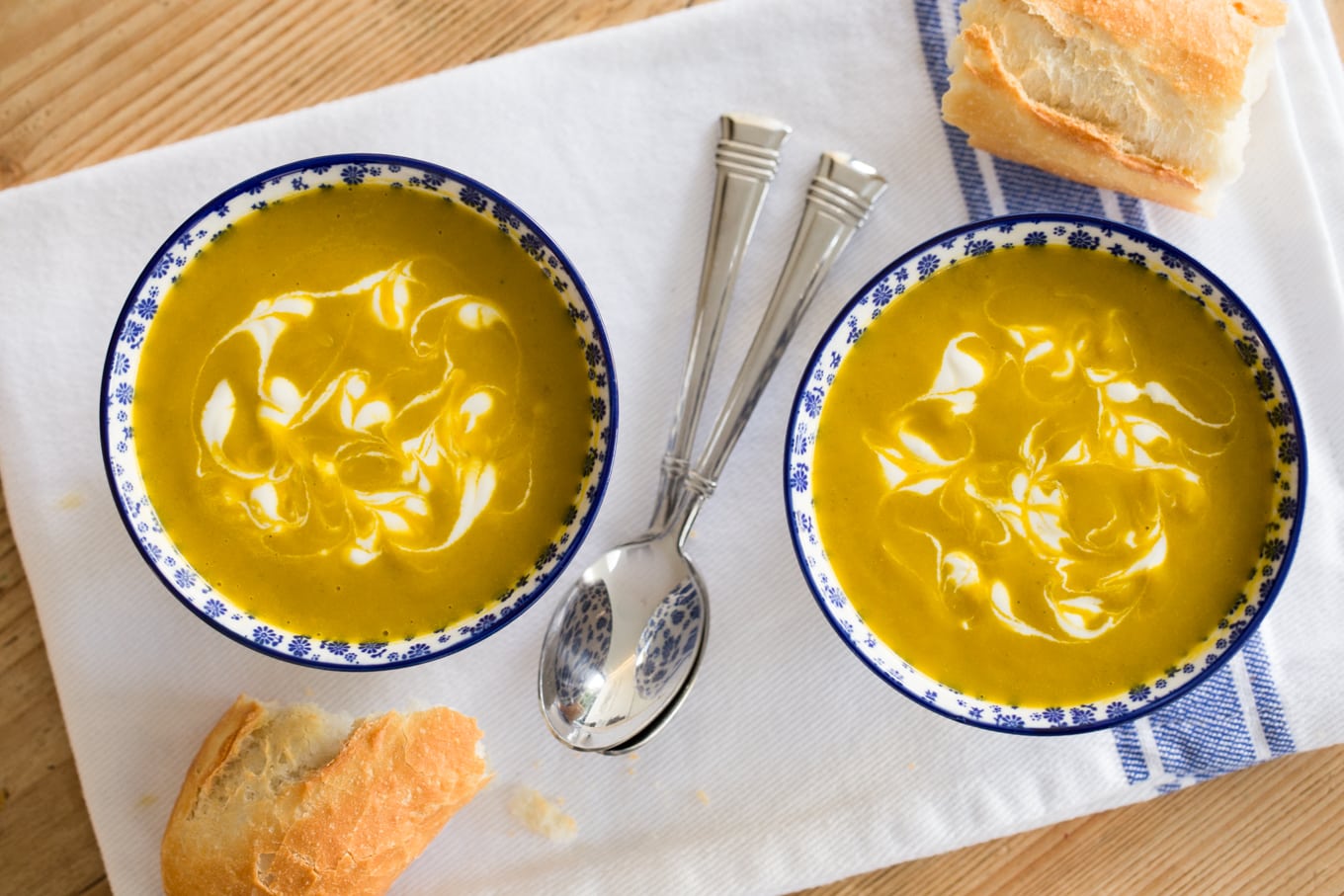 Since it's so popular in this part of the world, I decided to do a bit of research on it's history and origins. If you google it, there really isn't much information available regarding where and how this soup got started. There are however, a zillion different recipes. I checked out a bunch of them and, although they were surprisingly similar, each one had one or two distinctive ingredients that set them apart. I decided to follow the Fine Cooking recipe and add a few of my own touches. 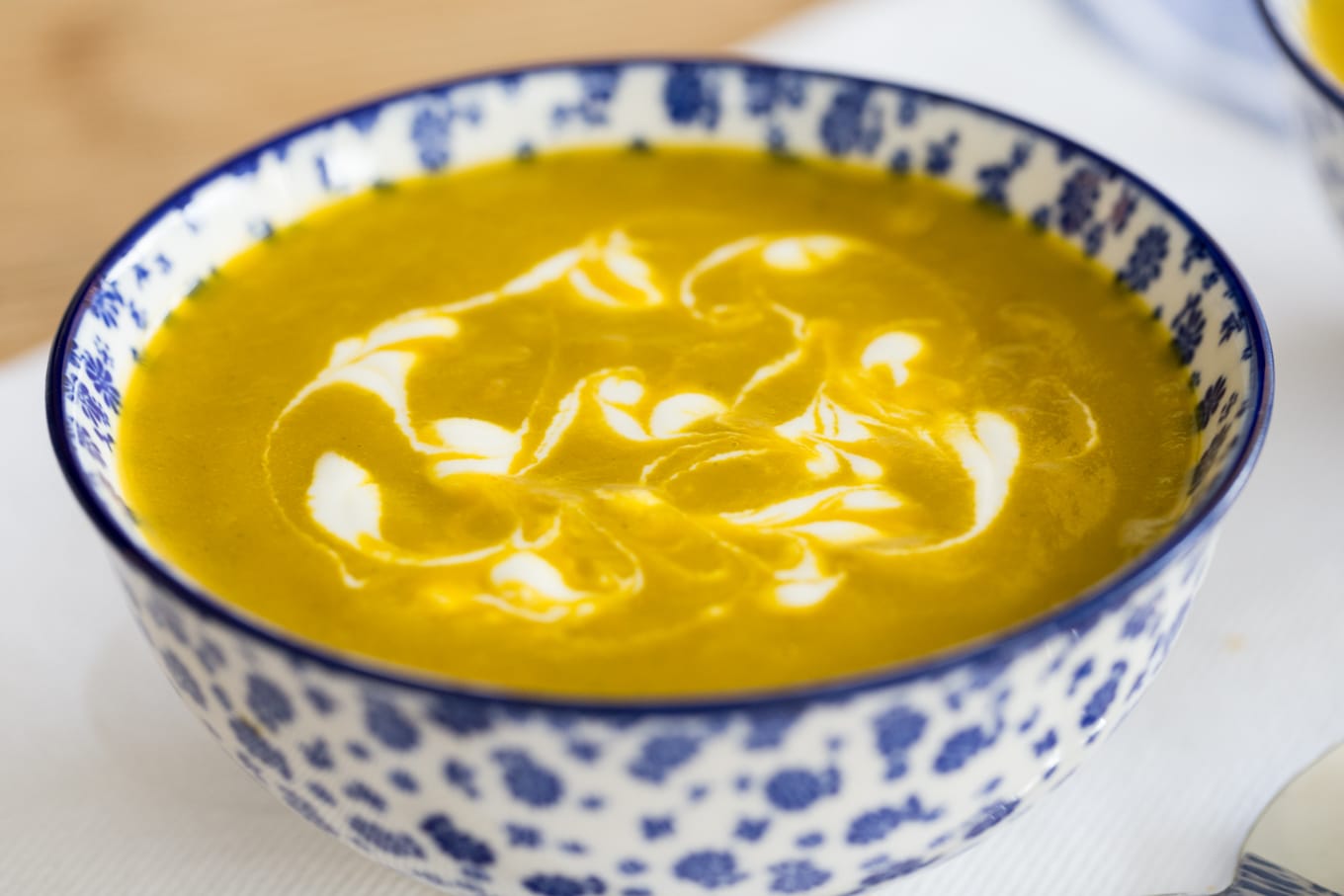 While researching, I did glean one interesting fact about the soup's history. On the New Covent Garden Soup Company website I read this: Carrot and Coriander is one of our most cherished recipes and a big part of our soup making history. 25 years ago we first combined sweet carrot with peppery coriander and a dash of nutmeg to discover a new flavour phenomenon.

Did they actually invent it? It's hard to say for sure. It was fun to read about this company though, as Scott and I had planned to be in the Covent Garden area of London for a class this week at the Apple Store. It was a "photo walk" and the description had intrigued us "Join us on a walk through Covent Garden’s passageways and courtyards to photograph some of the area’s secret spaces and learn techniques for capturing amazing photos with your iPhone or iPad."

We had visited Covent Garden in the past, but this time we saw parts of it we probably never would have discovered on our own.

The class was yesterday and it was amazing. We had visited Covent Garden in the past, but this time we saw parts of it we probably never would have discovered on our own. It's the home of the Royal Opera, the Covent Garden Market as well as the area where Charles Dickens lived and wrote in his later years. I thought it would be fun to share a few of the charming sights we saw our the photo walk. The first one is a shot in the Covent Garden Apple Store, an awesome place to visit! 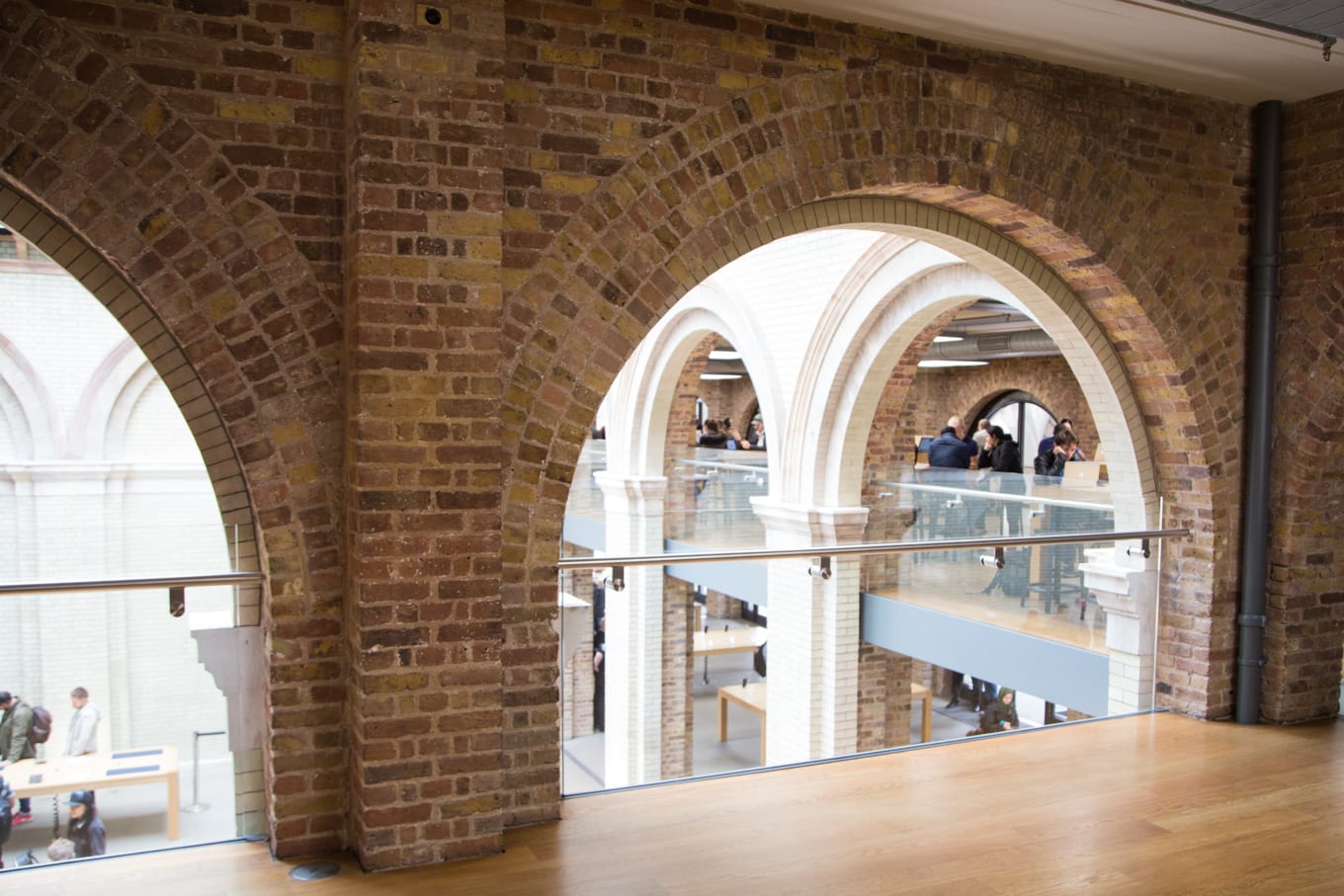 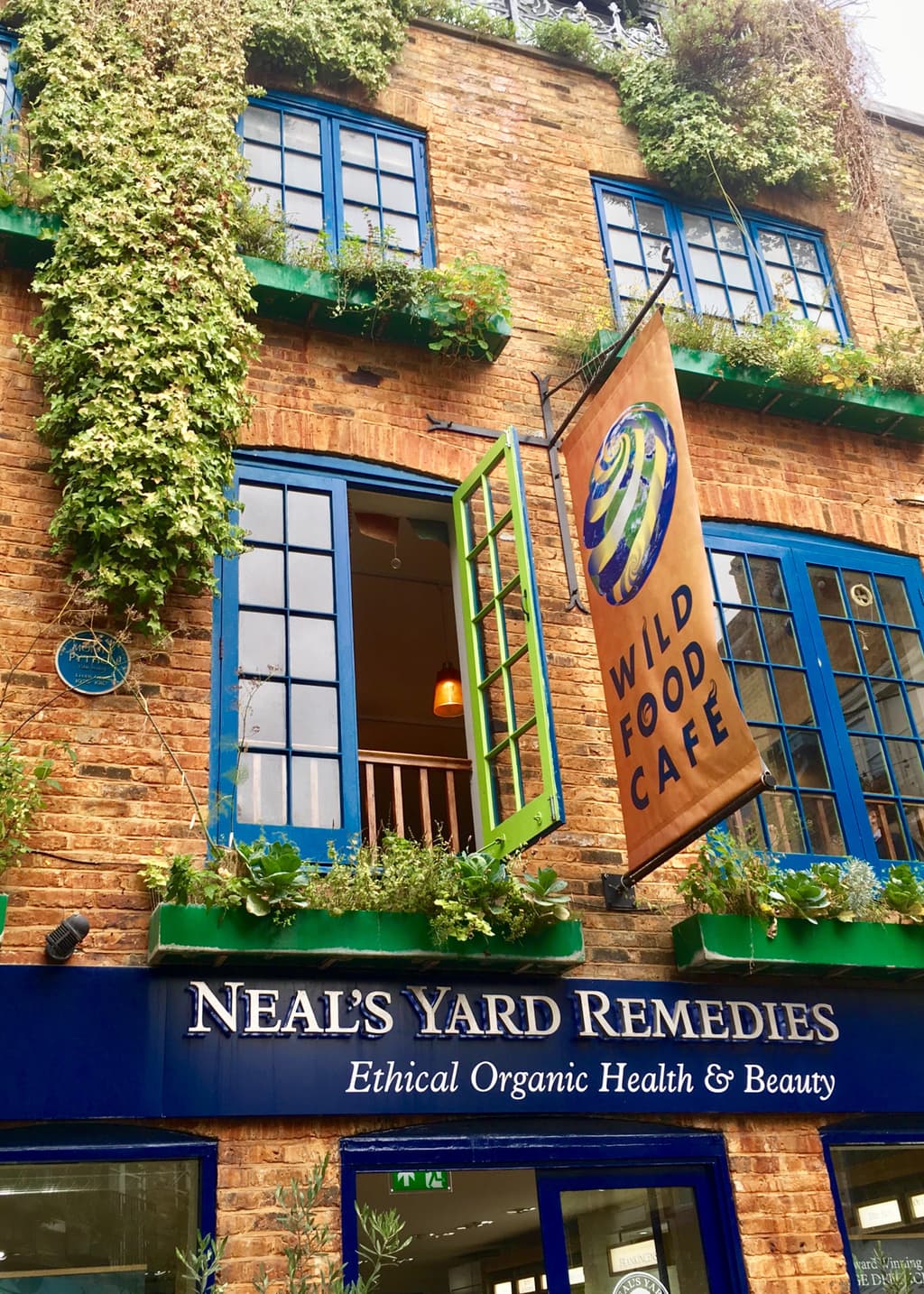 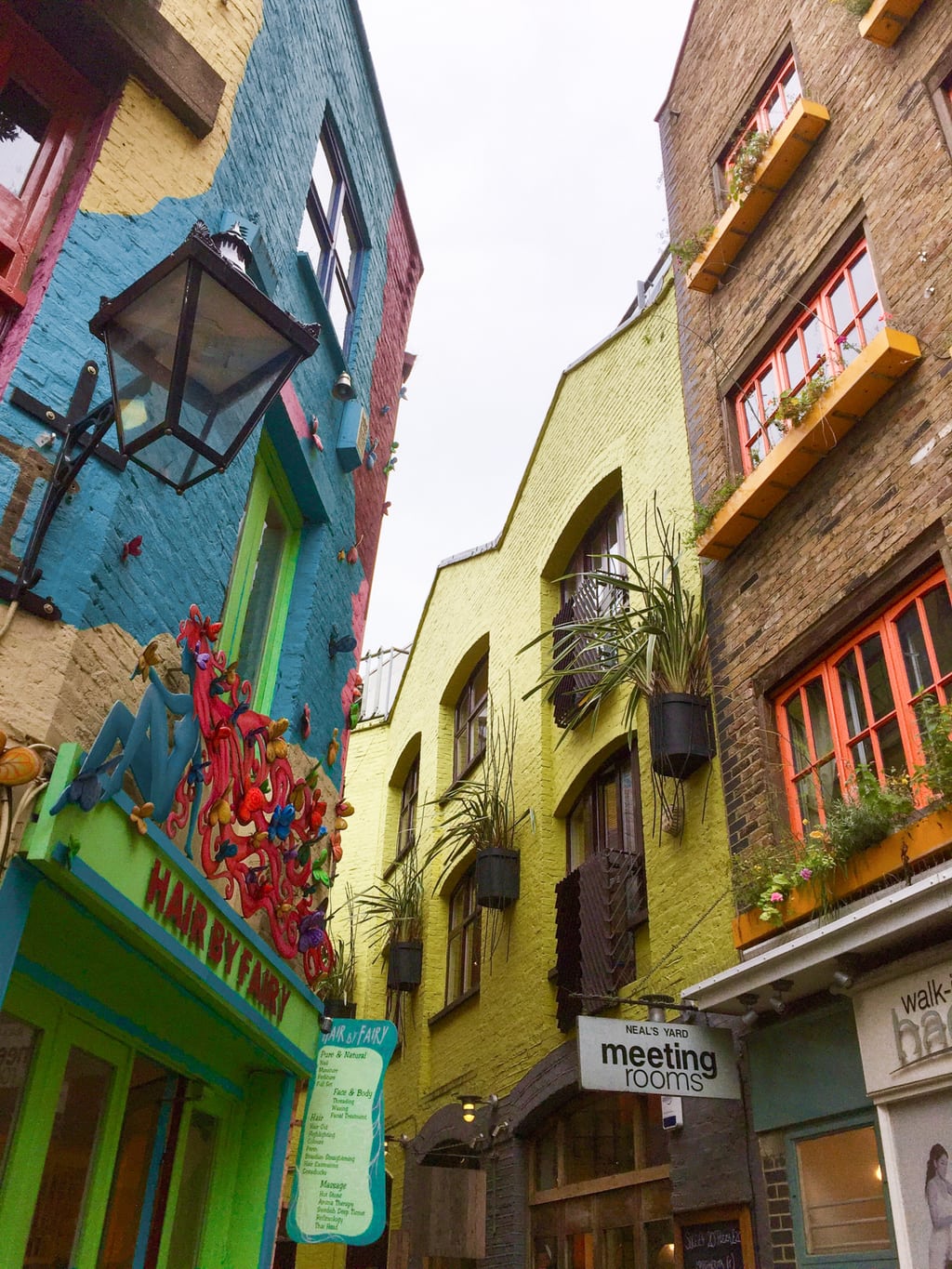 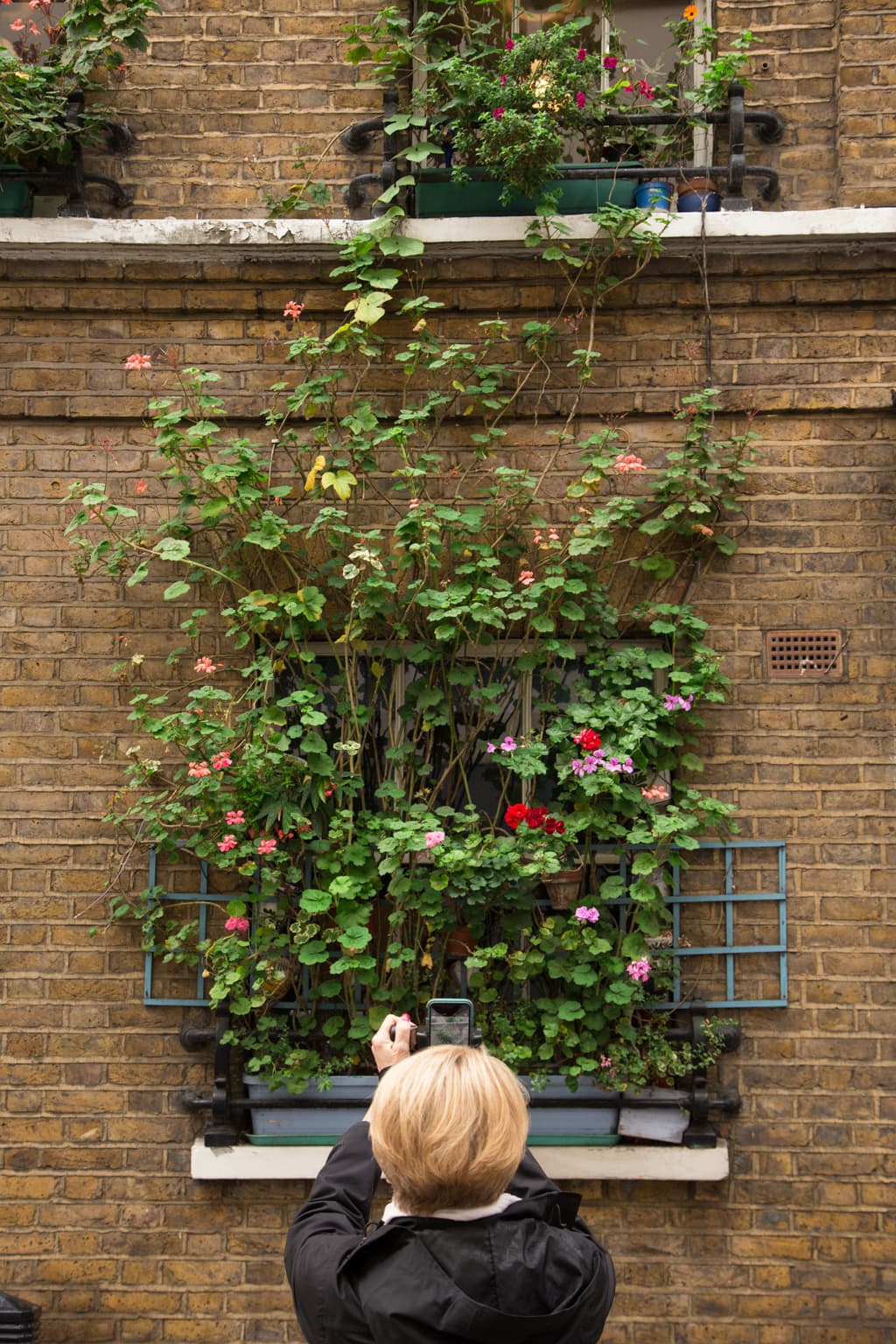 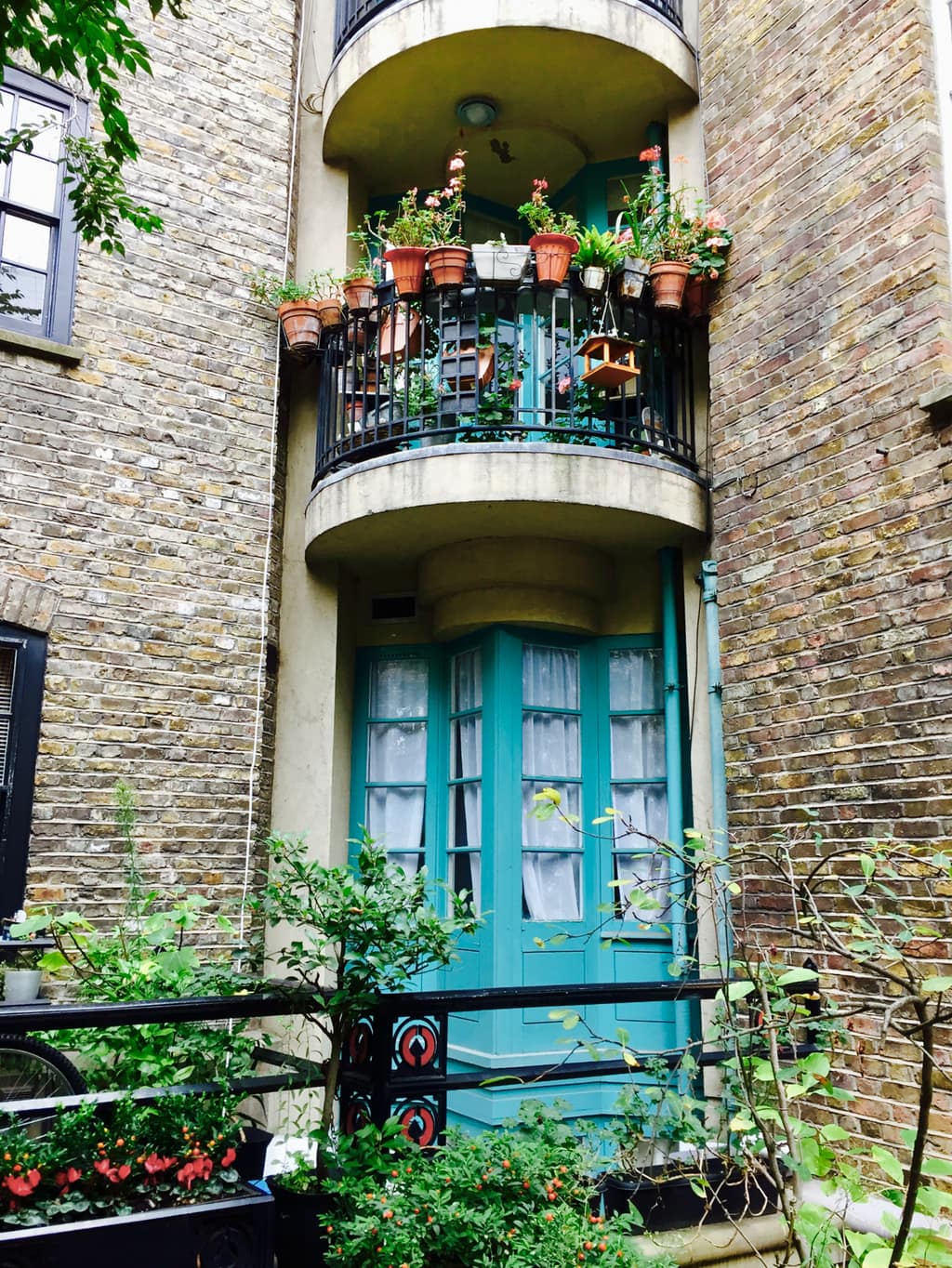 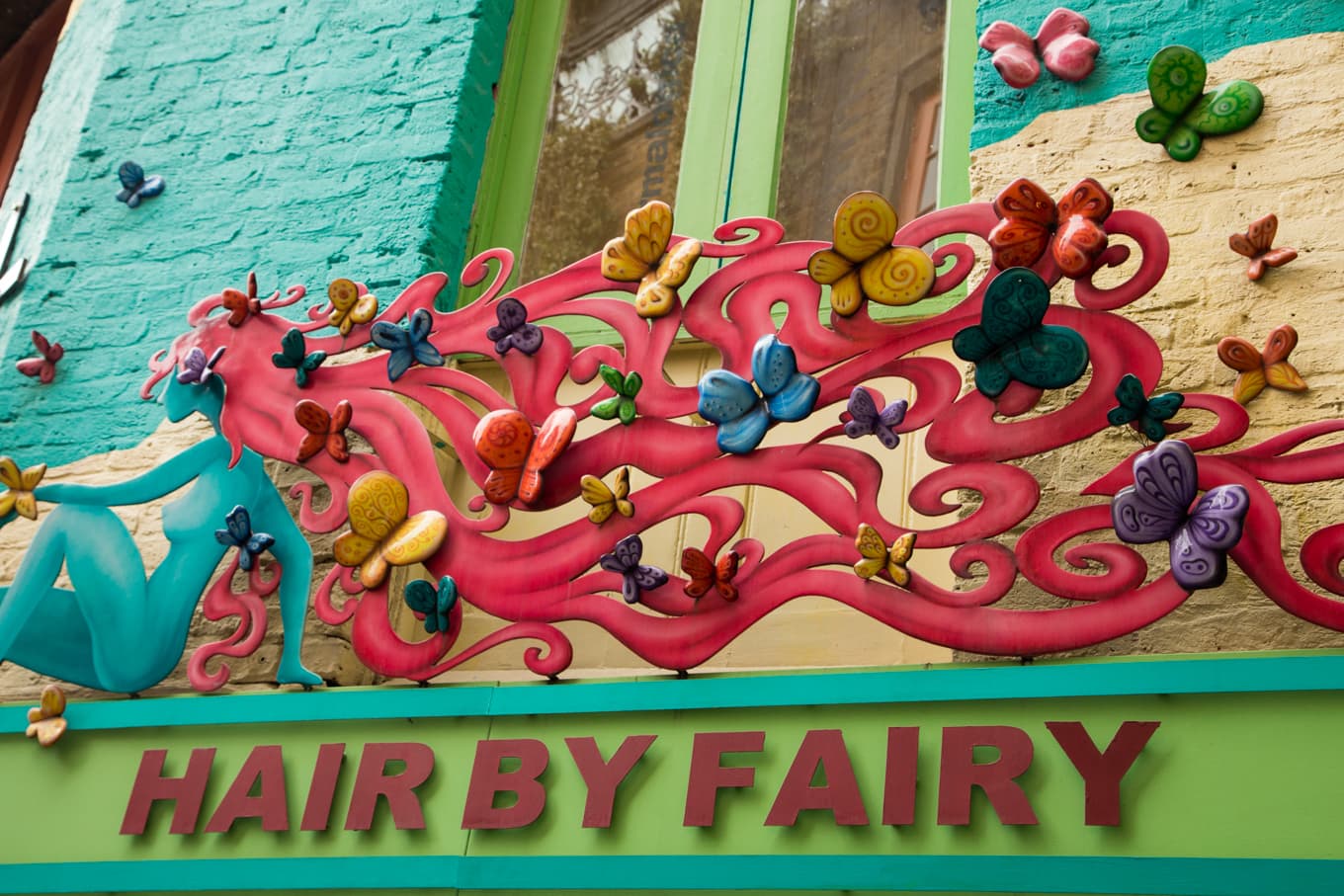 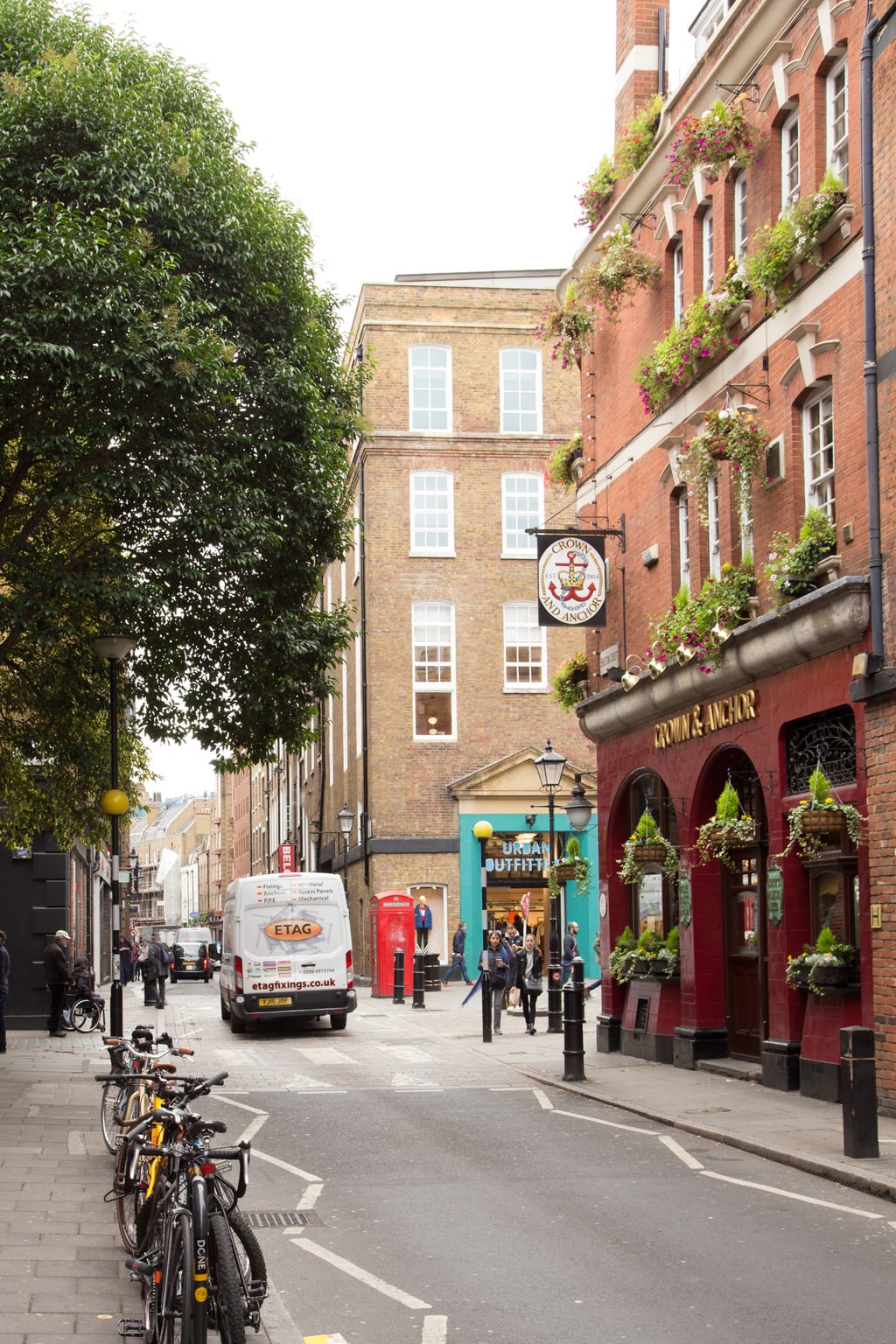 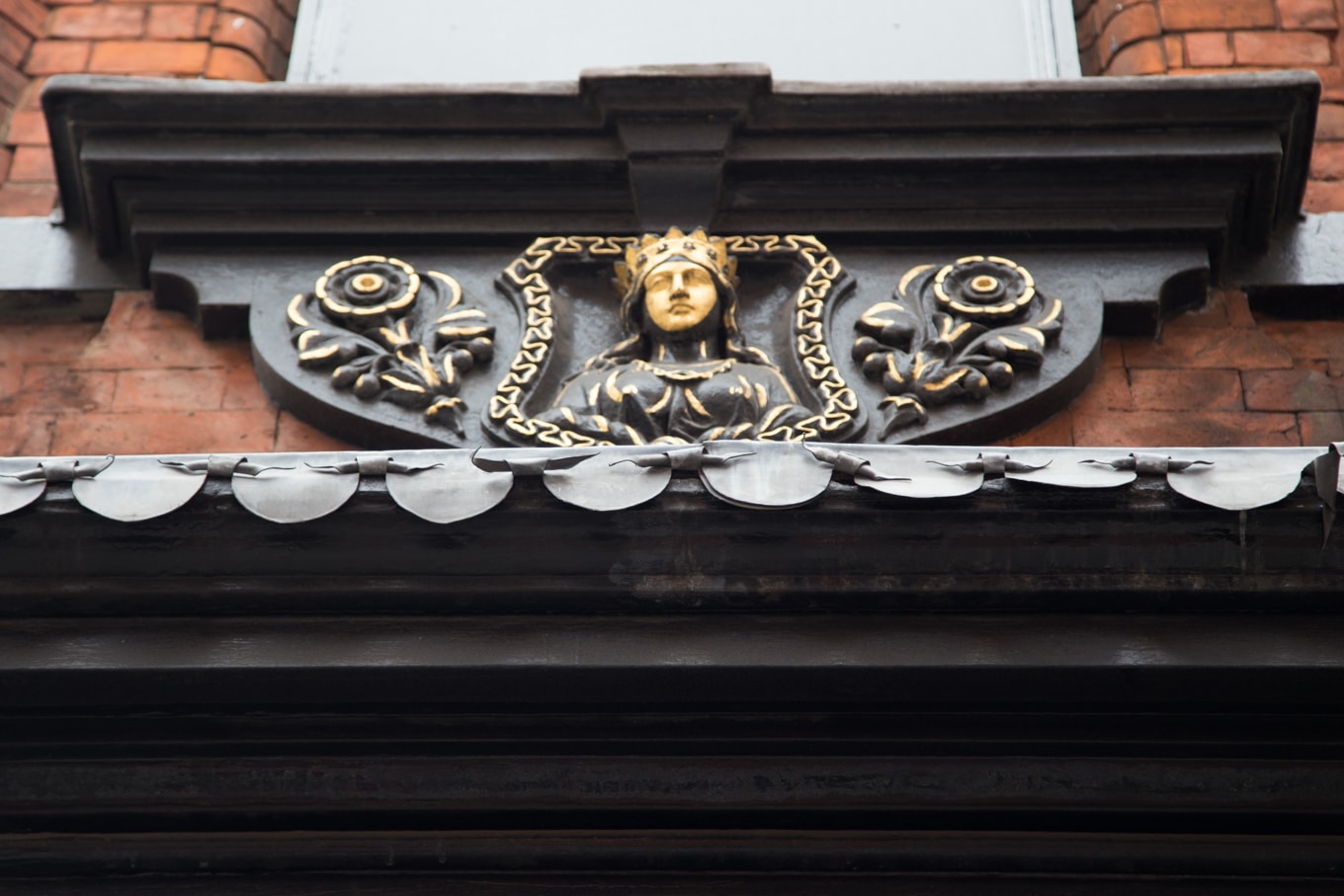 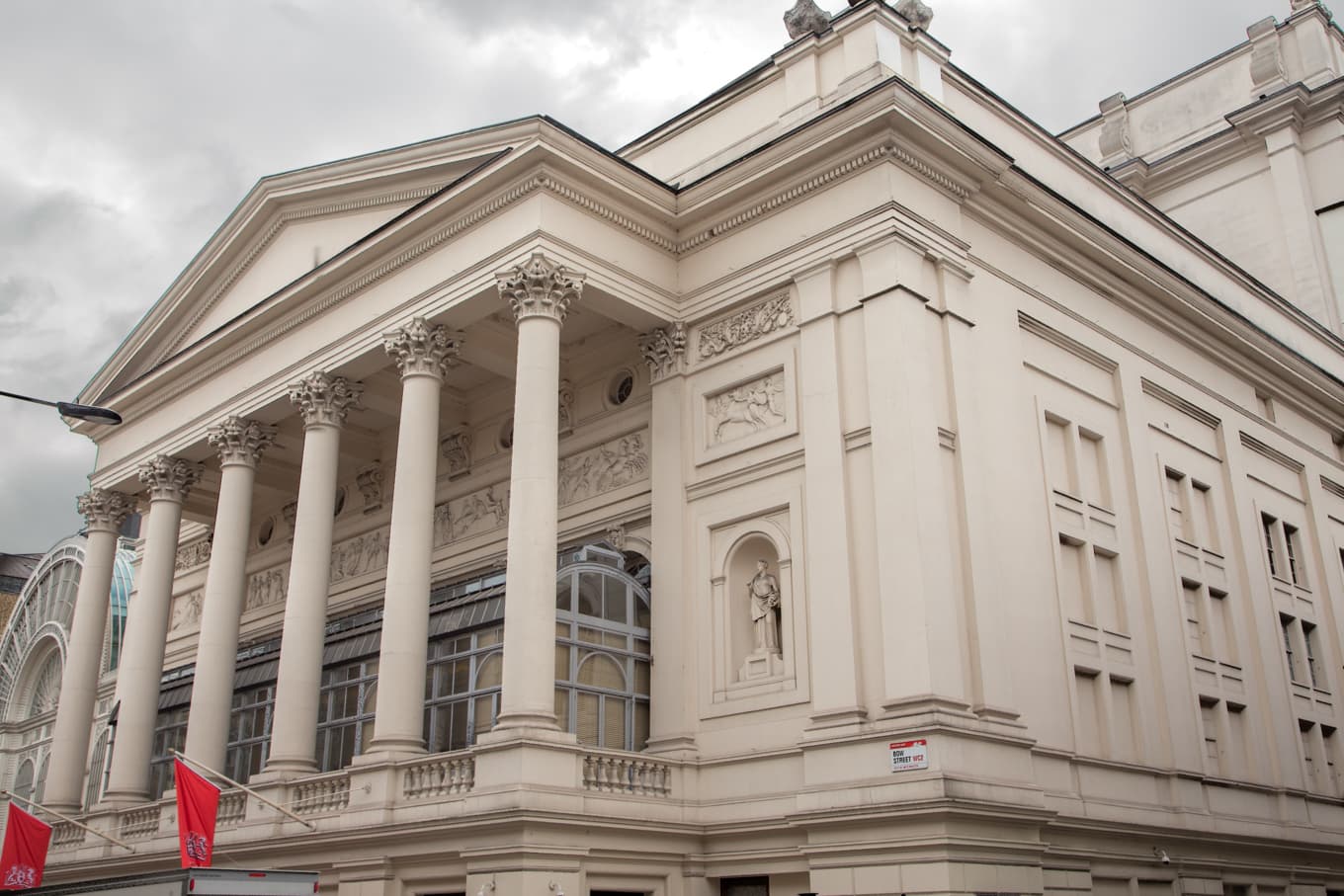 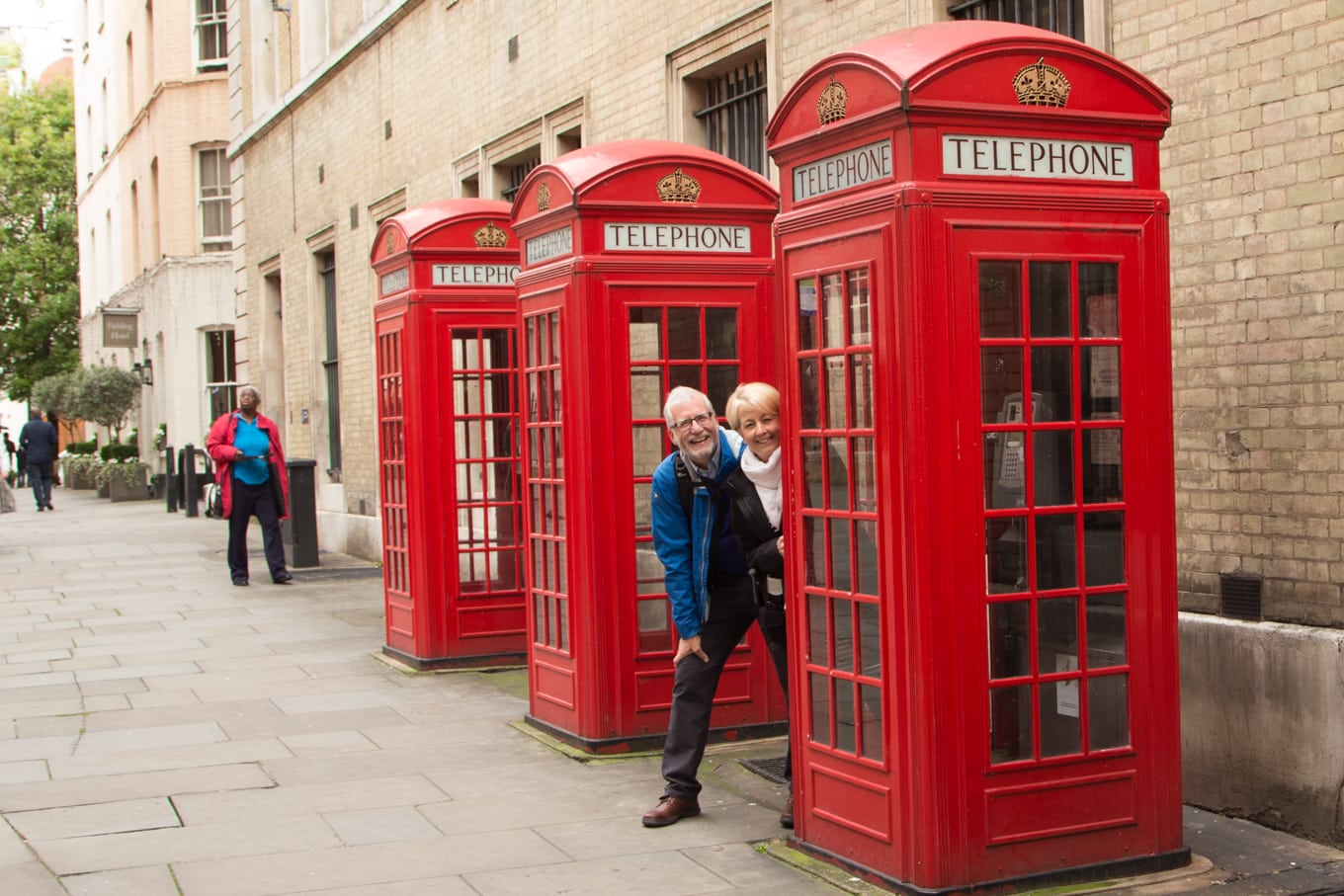 So perhaps Covent Garden is where Carrot Coriander Soup originated, but even if it's not, you definitely want to try this fabulous soup. It's easy, super healthy and it will definitely make your life more delicious!

P.S. Scott says this might be his favorite soup ever. That's saying a lot, as he's generally not a huge fan of pureed soups.

Not a fan of cilantro? No worries, you honestly won't know it's in here, so don't skip it. When cilantro is simmered in a soup or stew it takes on a totally different, very delicious flavor profile. Oh, and if you like this delicious soup how about another one? Try our Roasted Pumpkin Soup with Ginger Cream - so delicious!

LOTS OF PEOPLE ASK WHAT KIND OF COOKWARE, SMALL APPLIANCES, CUTLERY, ETC. I USE IN THE KITCHEN. HERE’S WHAT I USED TO MAKE THIS RECIPE.

Print
Carrot Coriander Soup
Super healthy and crazy delicious, this beautifully-hued soup is sure to become a favorite with young and old alike!
Author: Chris Scheuer 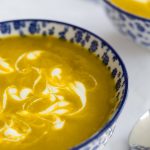 This recipe makes a large quantity of soup. If you aren't serving a crowd, you can half the recipe or make the whole batch and freeze the soup. It's wonderful to pull out for an easy lunch at home or at work.
* If you're not familiar with coriander seed, it's actually the seed that cilantro is grown from. It tastes nothing like cilantro though. It has a citrusy flavor, often described as "warm, nutty, spicy, and orange-flavoured.1 ½ tablespoons sounds like a lot but it's not a strong taste, and along with the cilantro, is the main flavoring in this soup. You can find coriander, both whole and ground in the spice section of most any larger grocery store or online. I recommend the crushing the whole seed instead of using the ground as it's so much more flavorful.
** I love my immersion blender. It’s a real workhorse in my kitchen as I use it for all kinds of things. If you use a regular blender to puree any kind of soup, make sure to allow the soup to cool a bit before blending. This will prevent the heat from building up in the blender container and causing and explosion - not a pretty sight!