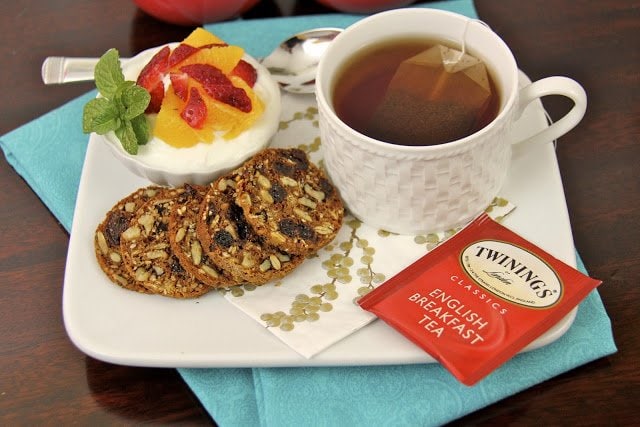 Back in late October, I posted a recipe for Rosemary Pecan Raincoast Crisps. They're loaded with seeds and nuts, have no added fat and are shatteringly crisp along with being crazy delicious. They were such a big hit with family and friends that I got the idea to do a slightly sweeter, cinnamon-spiced breakfast variety. 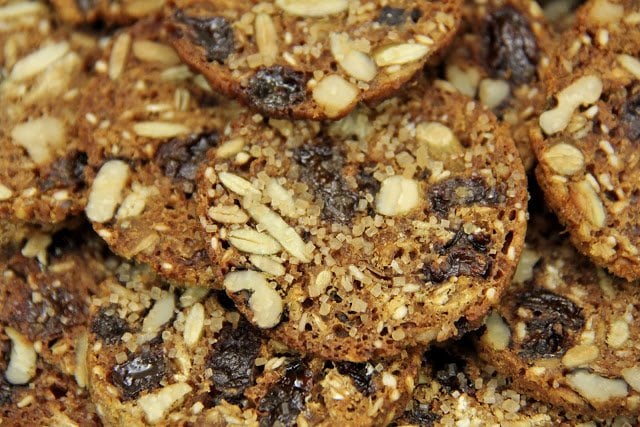 I thought it would be so fun to have a breakfast crisp that would pair well with coffee and tea, be loaded with nutritious ingredients, yet different from your average, ordinary granola bar. I've tinkered around a bit with this recipe (the first rendition was terrible - although the ducks at the lake were we walk were thrilled with them!) and have come up with something I think you'll enjoy! I added oatmeal to the original recipe along with cinnamon, cloves and nutmeg and sprinkled them with just a touch of raw (also called Turbinado or Demerara) sugar before the second baking. 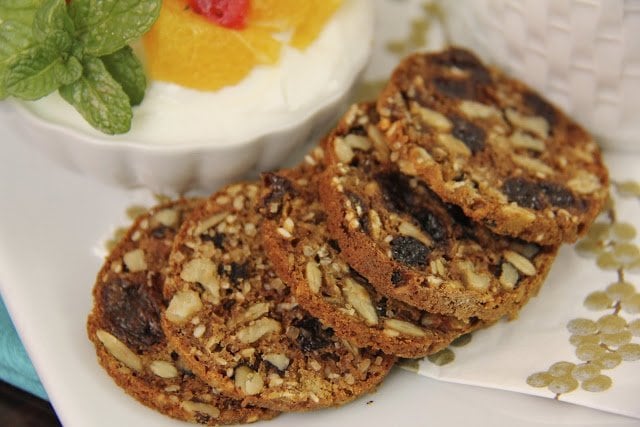 I also wanted to do something fun and different with the shape, so I baked them in half pint canning jars that I coated with baking spray. I let them cool for 10 minutes and the little cylinders slipped easily from the jars. A hiatus in the freezer to ease the thin slicing was all that was a needed before returning the crisps to the oven to crisp and to evolve into an insanely delicious, healthy breakfast treat! 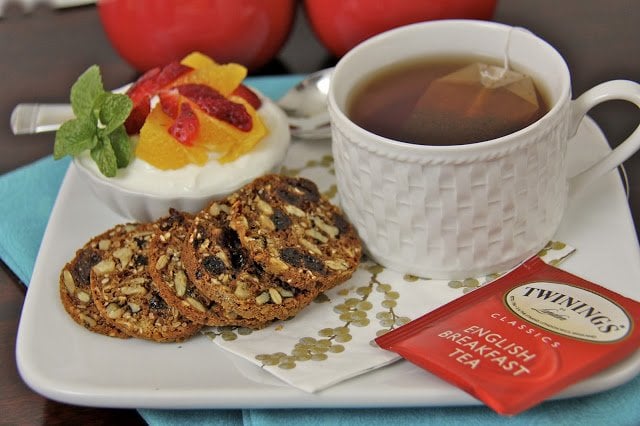 P.S. Oh, by the way, these Cinnamon Raisin Breakfast Crisps are delightful spread with a bit of peanut or almond butter and a slice of apple or banana, YUM! This is my new favorite breakfast - the only problem is that every time I go to look for them, they're gone! 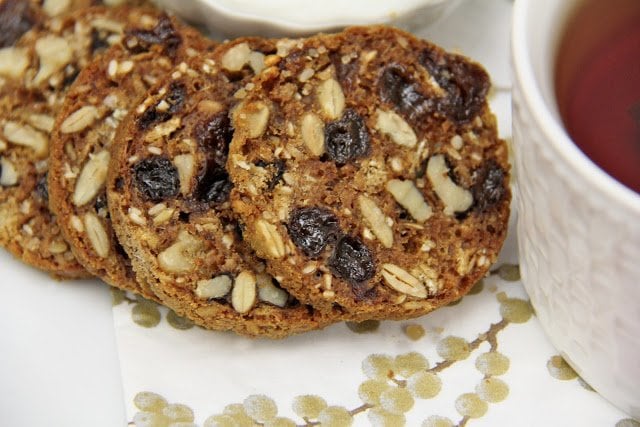 3. Pour the batter into prepared jars (or two 9" x 9" cake pans or 4 small loaf pans that have been sprayed with baking spray). Bake for about 20 minutes for the jars, (30-35 minutes if you are using the cake pans or loaf pans) until golden and springy to the touch. Remove from the pans and cool for 10-15 minutes on a wire rack. When cool enough to handle, run a small, sharp knife around the edges of jars and invert. Tap firmly (with the palm of your hand) several times to loosen and release cakes.

4. Allow the cakes to cool completely, then freeze for 45 minutes to an hour. This will help you slice the loaves very thinly. Slice as thin as you can and place the slices in a single layer on 2 sheet pans. (Line with parchment paper or foil for easier clean up.) Sprinkle generously with raw sugar - I used about 1 tablespoon per pan.

5. Bake at 250˚F for about 15-20 minutes, then flip them over and bake the slices for another 10 minutes until crisp and golden. Let crisps cool for about 10 minutes, if not super crispy, return to oven for another 5 minutes. Cool completely and store in an airtight container.

Notes:
These can be made ahead and will keep for a week or more in a airtight container or ziplock bag. You can also freeze the cakes after the first baking and cooling and have them ready to slice and bake at a later date. Wrap them well once they are frozen. Let them thaw just slightly before slicing and proceeding with the rest of the directions.

Adapted from a recipe from Wives with Knives