These Pumpkin Spiced Brown Butter Rice Krispie Treats are an inspiration from my daughter-in-law, Lindsay. We were leaving Nick and Lindsay's home several weeks ago after having dinner together. We'd already enjoyed dessert, so when Nick went to the kitchen and came back with a little piece of what looked like a Rice Krispie treat, I wasn't super interested. "Just try this.", he said and popped the little morsel in my mouth... "Wow!" I said, "What is this and where have you been all my life?!" 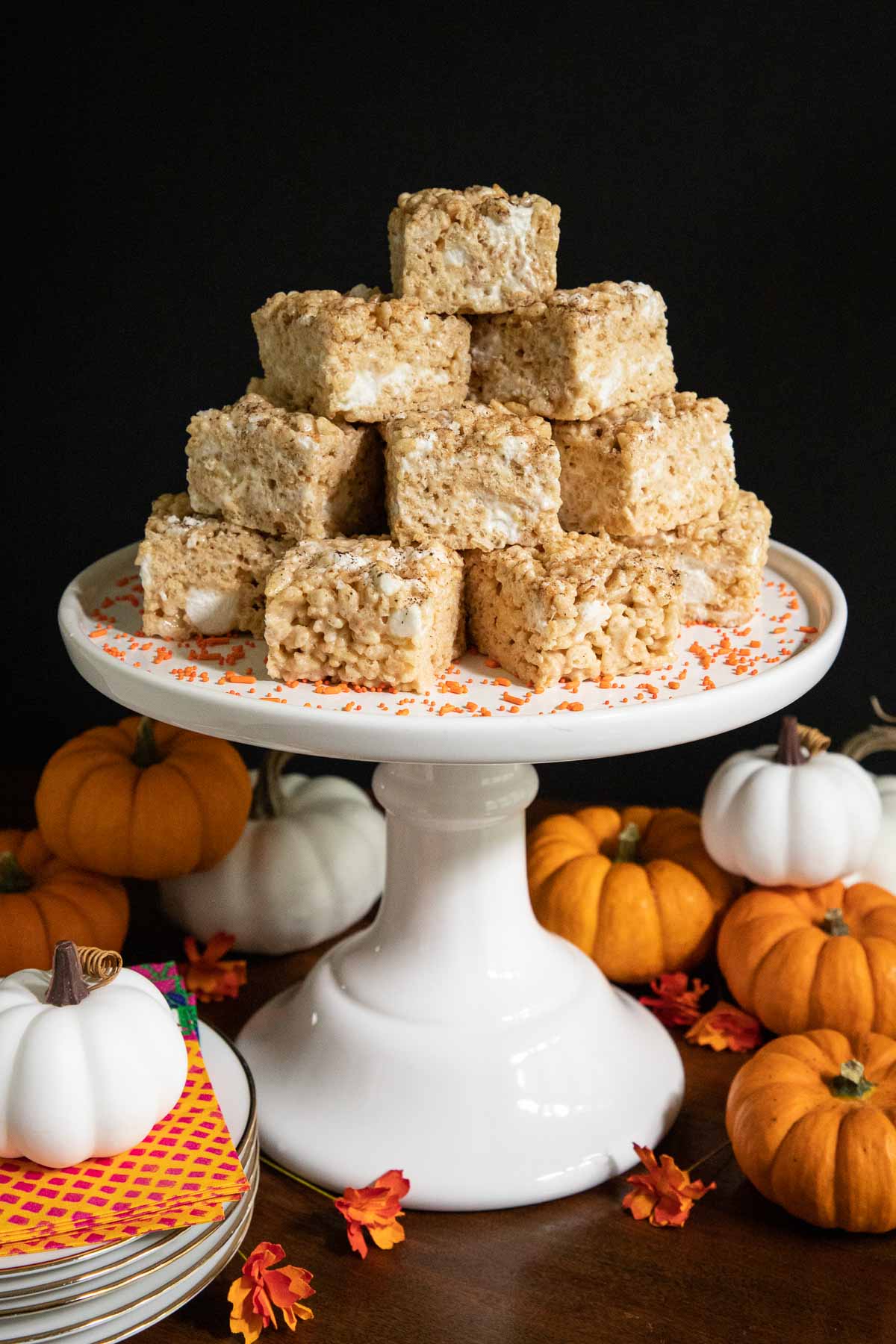 "Brown Butter Rice Krispie Treats" was Nick's answer. I went home and googled it. Yikes! It turns out that I must be living under a rock. There were tons of recipes for this delightful, simple sweet treat. The New York Times has their rendition as does Epicurious, Smitten Kitchen, Pioneer Woman and a zillion other blogs and websites.

I thought that, perhaps, there might be a few of you who have also been living under that same rock and decided to come up with my own, fall-inspired version of this delicious old classic. So I've been playing around with the recipe for the last couple weeks and I think you're going to love the final results. 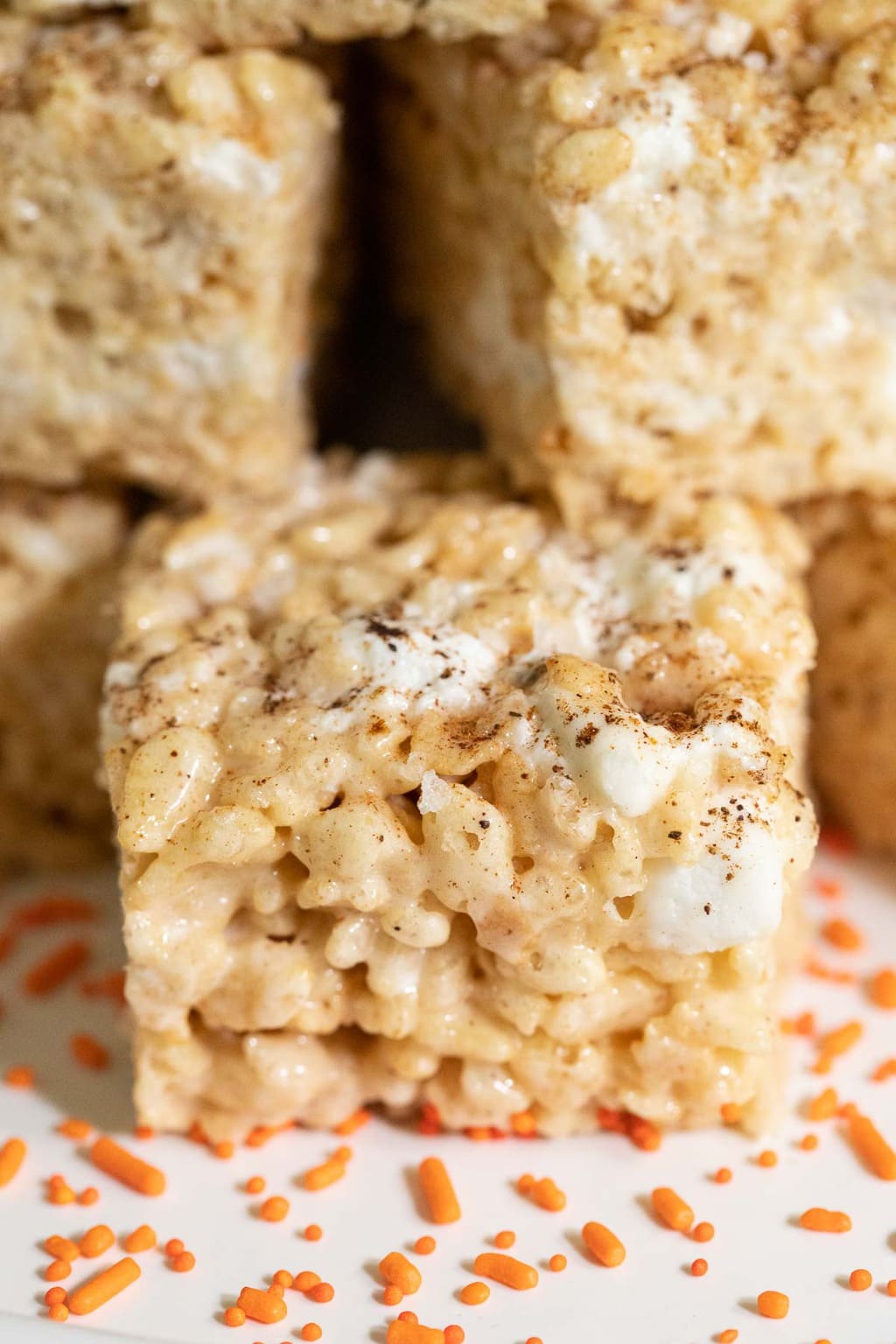 Browning butter can be kind of messy as the butter splatters and spits a bit in the process. Not being a fan of a dirty stovetop, I thought using the microwave might be easier and create less mess than making these Brown Butter Rice Krispie Treats in a pot. After several trials, my final vote is using a large pot on the stovetop, which eliminates the uncontained spattering.

I also discovered that browning butter in the microwave creates a very hot bowl, even if it's designated as "microwave-safe" and it's never fun to get burned in the process of making dessert. So grab yourself a big pot and let's get on with it!

If you haven't tried brown butter, you're missing out on something wonderful. What is brown butter? Originally a French culinary technique (beurre noisette) it's a simple, but super magical technique that's used for both sweet and savory recipes. It involves melting and cooking butter until the water is cooked out and the milk solids turn brown.

The result is incredibly delicious, the butter takes on a beautiful, deep golden hue and a nutty, toasty, almost caramel-like aroma. Beurrre noisette (the French name for brown butter), is literally translated "hazelnut butter". Bon Appetit describes brown butter as having a "deep, nutty, miraculous flavor that has the capacity to transform foods into better versions of themselves."

And that's one reason why one bite of these Brown Butter Rice Krispie Treats will make you say "Wow, what is this and where have you been all my life?!"

A few other touches that take these little bars up a notch are a spoonful of pumpkin pie spice and an extra handful of mini marshmallows that are added at the end to create little pockets of melty marshmallow throughout. 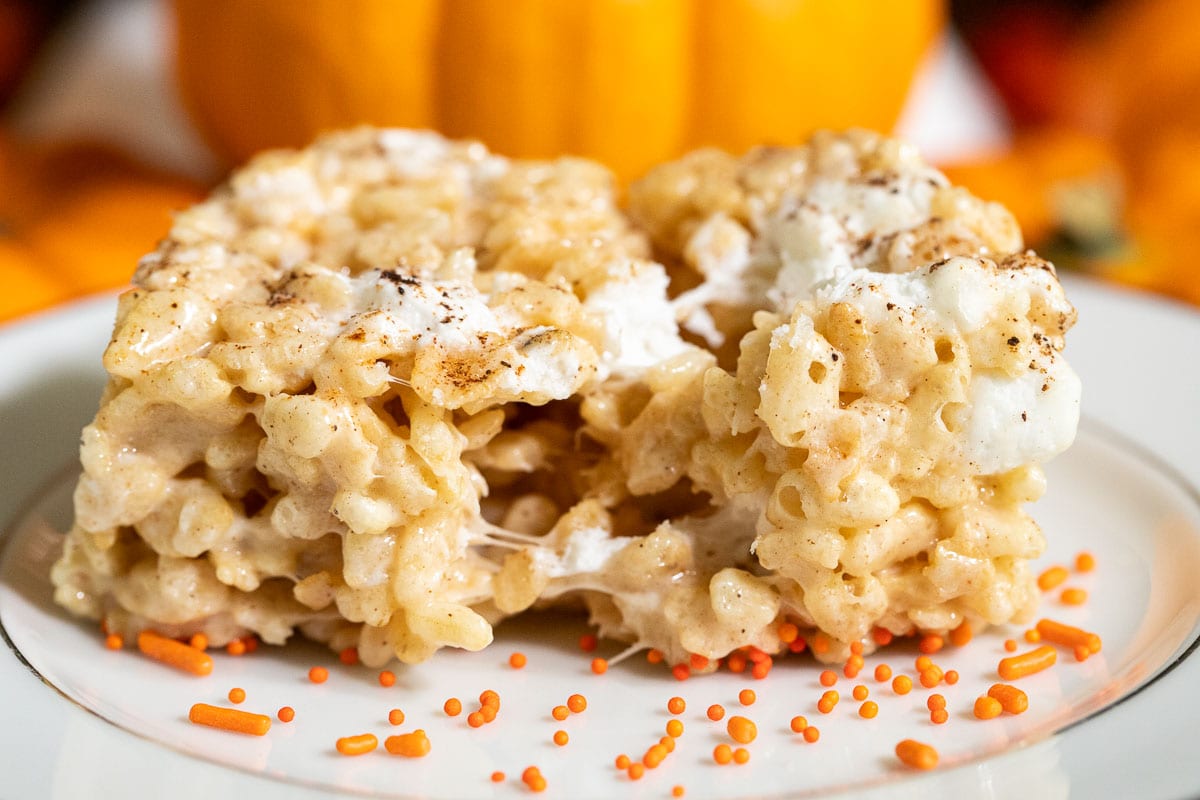 Oh, and a sprinkle of flaky sea salt cuts the sweetness and adds a wonderful gourmet touch. 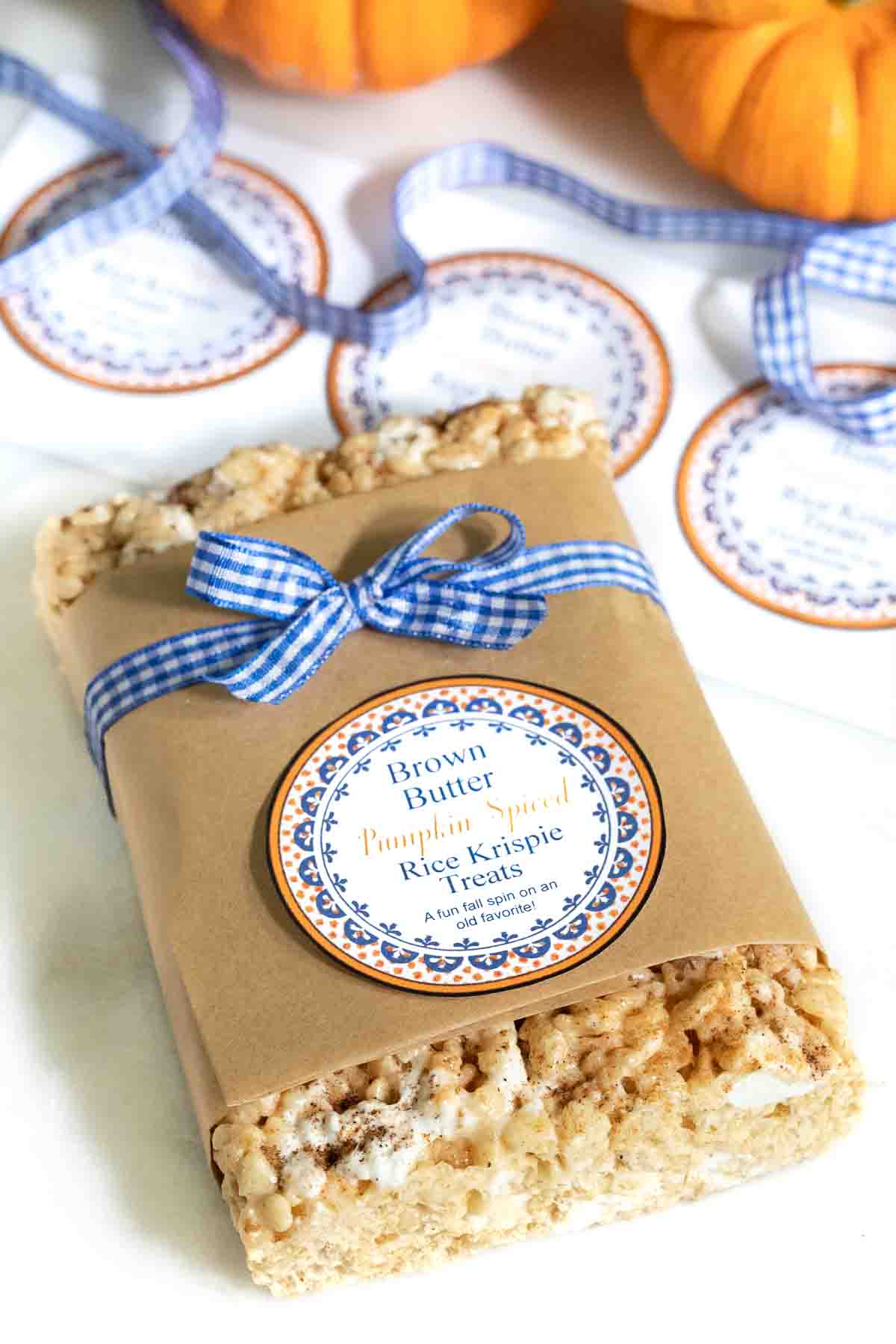 Because Rice Krispie Treats are a universally popular sweet treat, this delicious, gourmet version makes a fun gift to give to family, friends, neighbors, hairdressers - anyone whose day you'd like to brighten. I've created a little gift tag that I'm happy to share with you. Just leave a comment below and we'll send you the PDF via email. 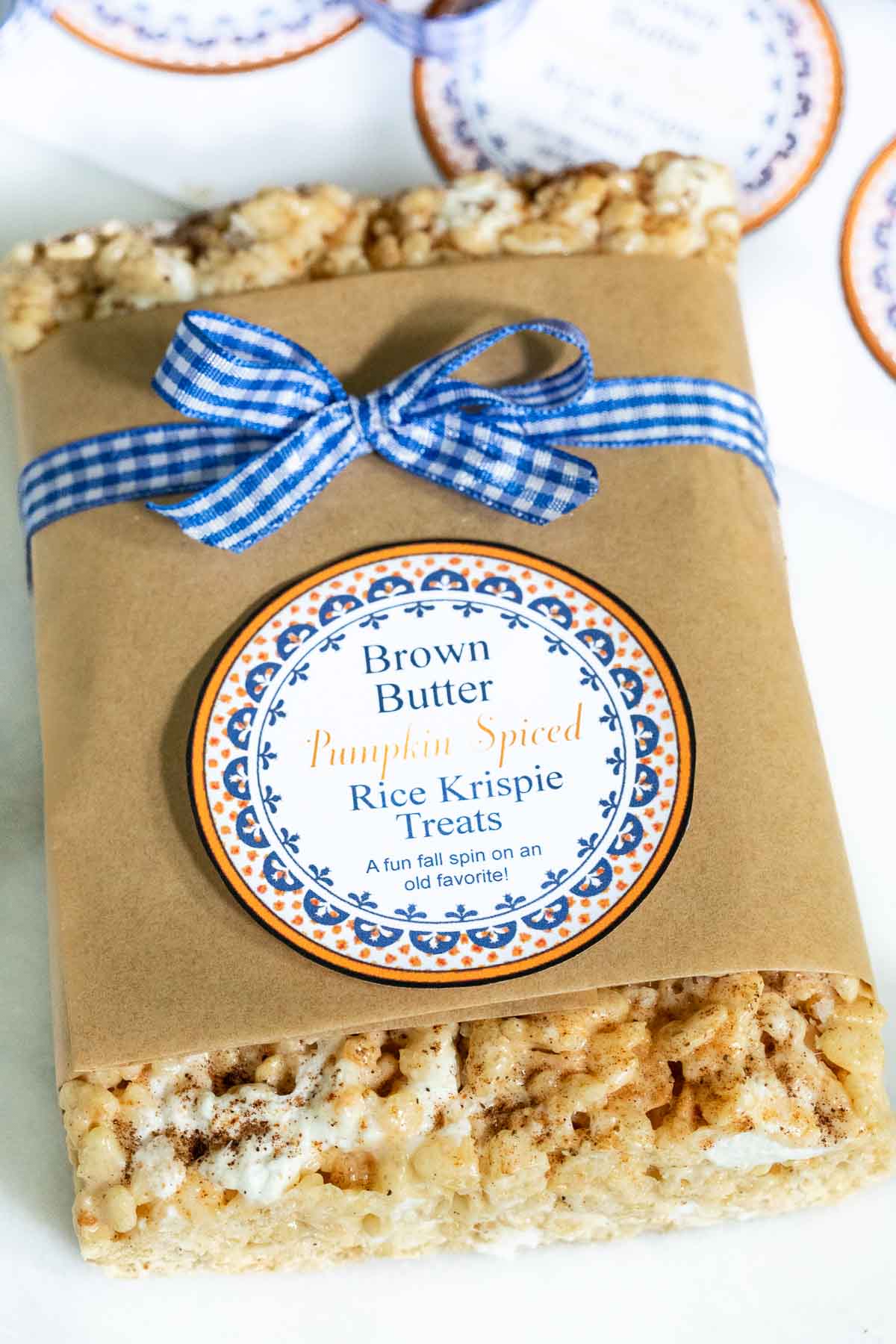 So, if you've always thought that Rice Krispie treats were for little kids, think again! A few extra little steps yields an incredibly delicious fall-inspired treat that kids of all ages go crazy over! 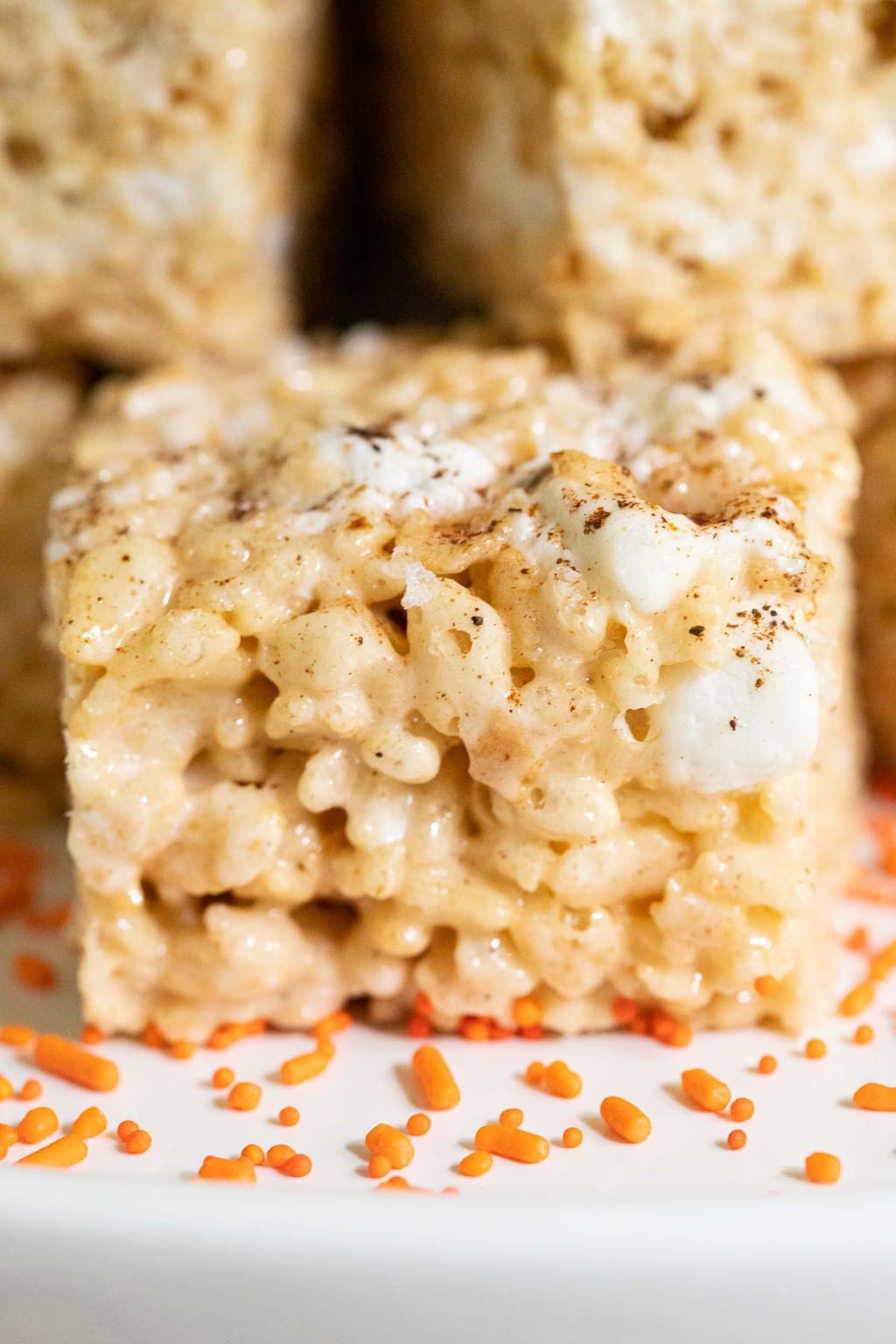 The name of the Lord is a strong tower;
The righteous run to it and are safe.|
Proverbs 18:10 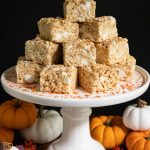 See Café Tips above in the post for more detailed instructions and tips. 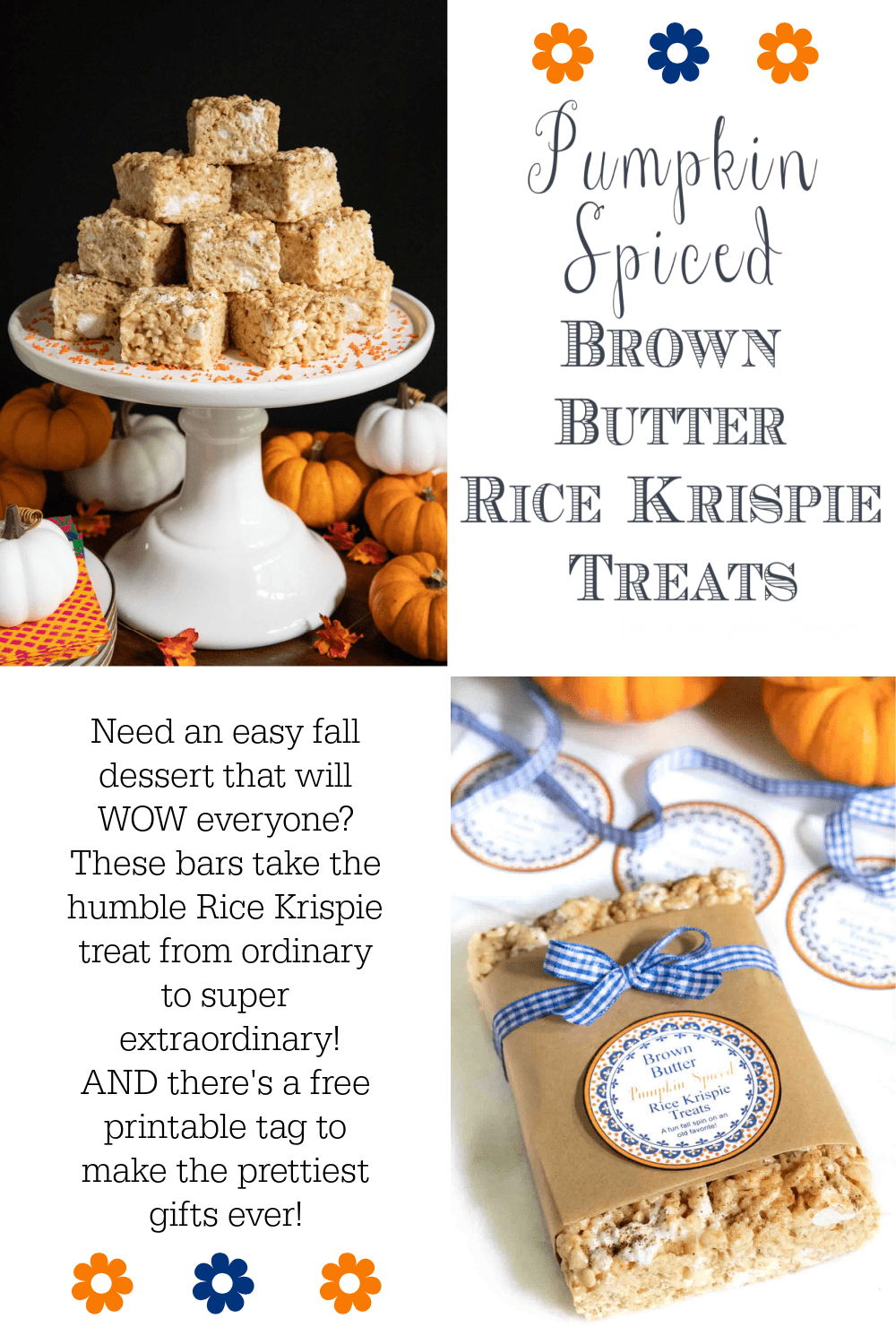