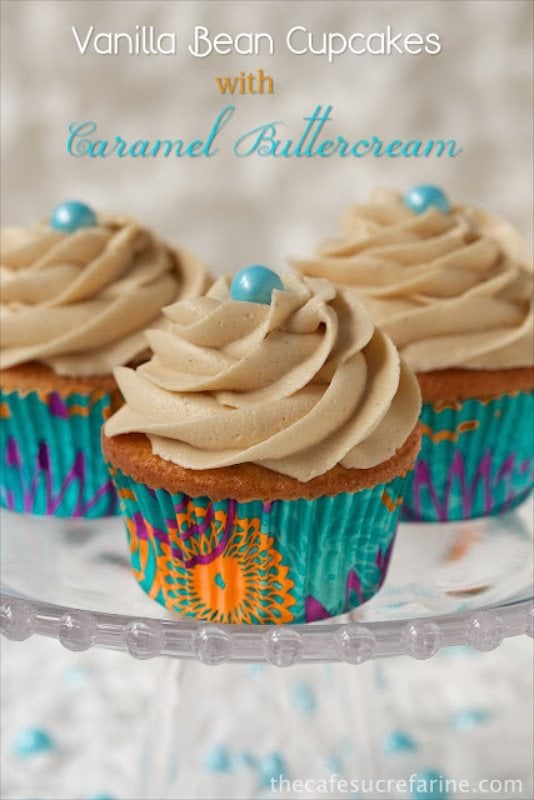 It was a memory-making, not-so-quintessential-London spring day. The skies were a brilliant, exhilarating blue and there was no need to tote the customary English umbrella. A perfect day for a visit to a nearby park; a lovely park surrounded by ancient, ivy-covered stone walls. There was lots of space for the children to run, play and burn off their storehouses of exuberant energy.

I wasn't actually there, but ever since my daughter relayed the incident that occured that day in the park, the scene's been permanently etched in my brain's, "adorable-memory" file………
………….. the children were having a wonderful time playing in the warm spring sunshine when little Elliot, 4 years old at the time, stopped her frolicking to tie an undone shoelace. An elderly, somewhat dour-looking woman happened to be walking by on the pathway that wound through the park. She paused as she saw Elliot bent over her shoe and stared for a minute. Then with a very crisp British accent, she said "Excuse me, little girl, did you know you have your shoes on backwards?". Our little Elle Belle (a favorite nickname) looked up and responded, with no hesitation and and with just as crisp a British accent; "That's because I was upside down and backwards in my mummy's tummy". End of conversation. The woman stared for a moment longer, then walked away, still dour, but most likely smiling a bit (beneath the dourness) at the unanticipated response. 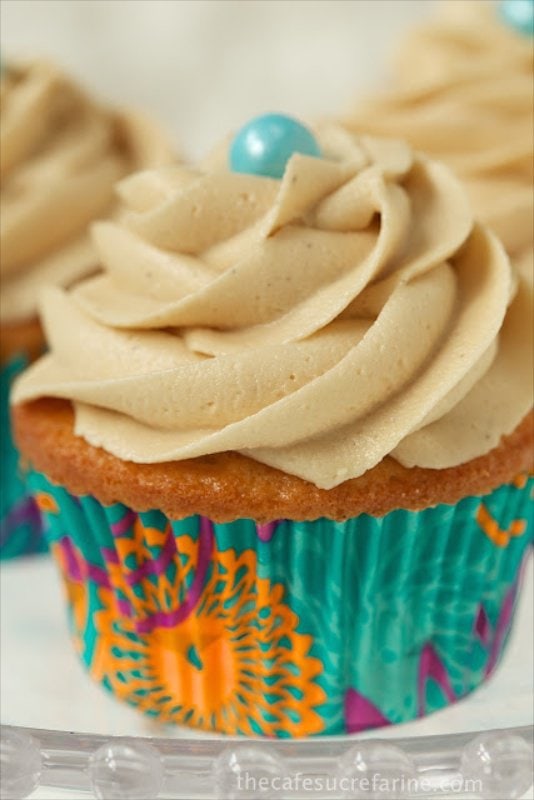 That's our Elliot Rose, fun, funny, unpredictable, lovable and very imaginative. You can never be certain what will come out of that impish little mouth, and this story seems to epitomize her wonderful personality. It's true, her mum had mentioned to her that she'd been born "upside down and backwards" being a breech and posteriorly positioned baby at the time of birth. But mum never dreamed how these words would play out in the park that memorable day. 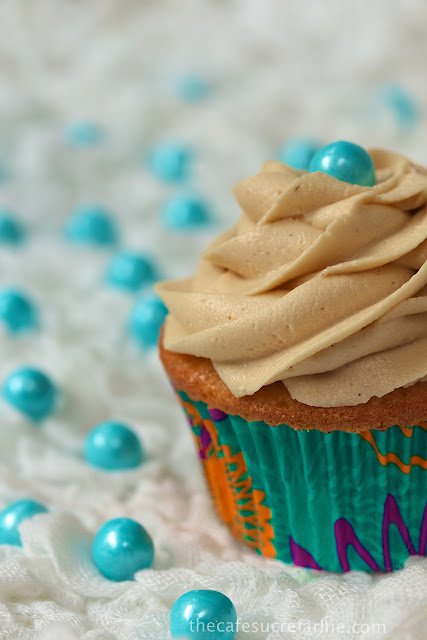 I could tell you a zillion more stories about this little sweetie pie but, suffice it to say, she keeps us all delighted ................ and brings many smiles and laughs to all who know her. Oh, and she's beautiful too; long dark, shiny hair, big green eyes fringed with dark lashes and a face shaped like a liitle cherub. Words could never tell the joy she's added to this grammy and papa's life. 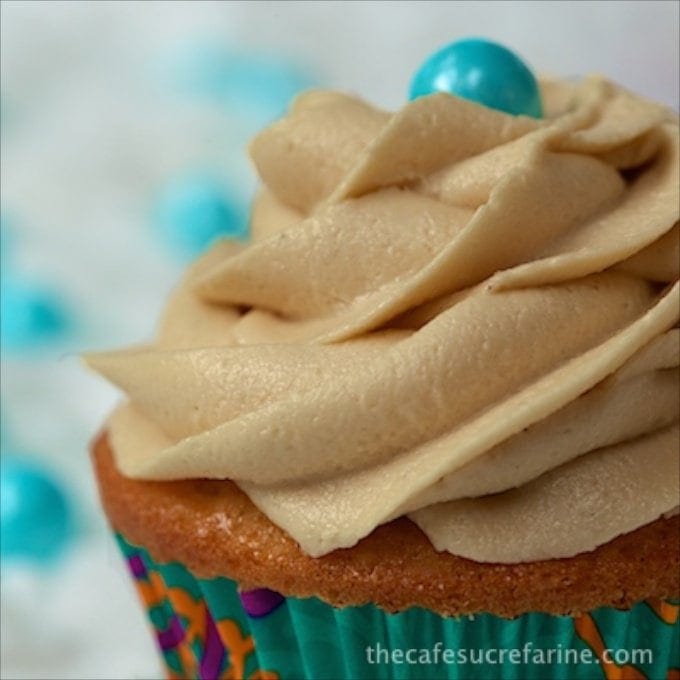 Elle Belle has a birthday this month and when I asked her, a few weeks ago, what kind of cake she wanted, she requested "caramel" (hear care-a-mel in a British accent). I checked out a few of recipes, then deciding on these Vanilla Bean Cupcakes w/ Caramel Icing. 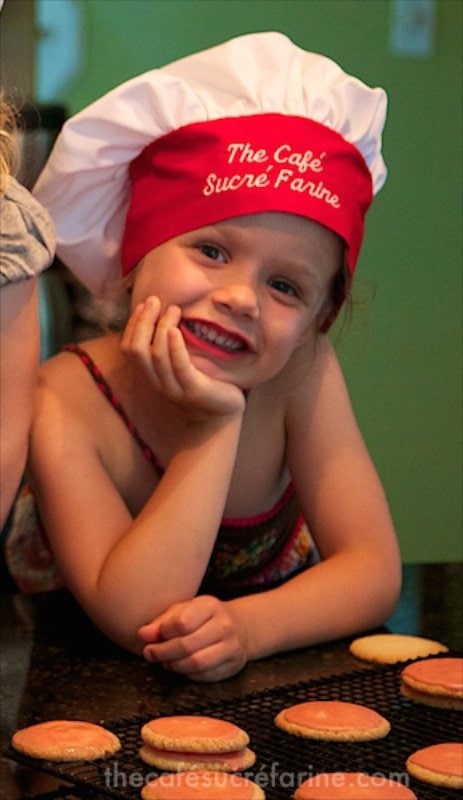 I tried a new recipe with a somewhat unconventional method of preparation. Instead beginning with the customary creaming of butter and sugar, this recipe's instructions start out by combining the dry ingredients (flour, sugar, salt and baking powder), then adding butter and mixing till the mixture resembles "wet sand". The wet (eggs and milk) ingredients are then added and everything is mixed together. It sounded a bit "upside down and backwards" to me but, honestly, I think these are the best cupcakes I've ever made. My chief taste tester agreed!

Are you ready for the really cool part? We get to celebrate Elle's birthday with her in London! Yup, wer're sitting at the airport right now waiting to board the plane. I'll be recreating these fun cupcakes in a few days for the birthday girl.

We'll be spending the next ten days in the UK. Don't worry though, we've lined up some fun new recipes to share while we're away. The Cafe's just being temporarly transported to the other side of the "pond"! Of course Scott 's camera equipment is coming for the ride and we'll be sure to share pictures of any fun "royal" adventures we encounter. 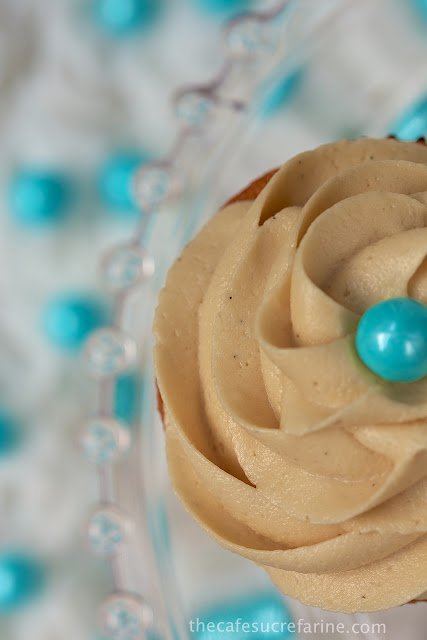 In the meantime, you'll want to try these fabulous Vanilla Bean Cupcakes with Caramel Buttercream. The "unconventional" method makes them super easy to throw together. The icing can either be piped or simply spread with a knife. The recipe makes thirty cupcakes, so there's plenty to feed a crowd. Too many? They freeze beautifully. They're so good they made me talk out loud with the first bite (no one else was home). Do you need anymore encouragement? I didn't think so. Make them!! 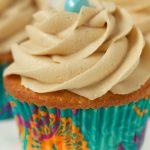 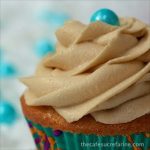 Notes:
~ For the cupcakes pictured, I used a 1M Wilton piping tip. To pipe the swirls, place a portion of the icing in a piping bag, fitted with the 1M tip. Starting in the center, with tip perpendicular to the cupcake pipe icing in an outward concentric circle. When you've piped all the way to the edge, work your way back in with incresingly smaller circles till you're back at the center. Pull back slightly to finish. I promise I'll do a tutorial one day but in the meantime Our Best Bites has a great one.

~ If icing is difficult to pipe, you've probably not added enough half and half. Just return the icing to the mixing bowl and add a bit more half and half. Beat on medium speed till icing is smooth and creamy. Making the perfect buttercream is not an exact science. Sometimes it takes a bit of trial and error. Believe me, I know!