This Middle Eastern Salad is not only vibrant and bursting with fresh flavor, it's also healthy! 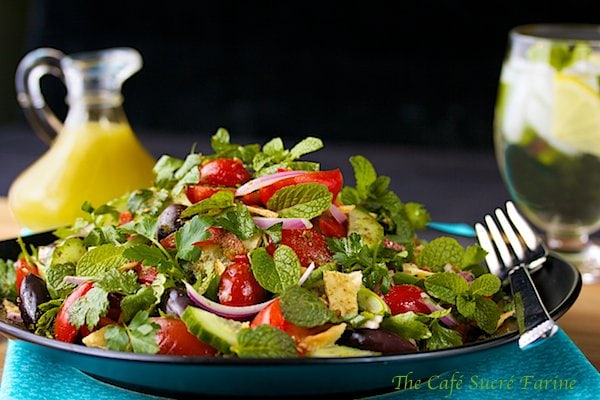 See the little bowl next to the salad? This might be another new word if you're not very familiar with Middle Eastern cuisine. It's a combination of spices (usually thyme, oregano, sumac and sesame seeds) called za'atar which is wildly popular in Israel, Jordan, Armenia, Egypt, Iraq, Iran, Saudi Arabia, Lebanon, Libya, Tunisia, Turkey - well let's just say every time you turn around in the Middle East, you're probably going to see someone who's consuming za'atar either for breakfast, lunch or dinner. They sprinkle it on vegetables, meats, oatmeal, yogurt, popcorn, hummus, meatballs, kabobs and believe it or not, it's often consumed on its own, as a snack! 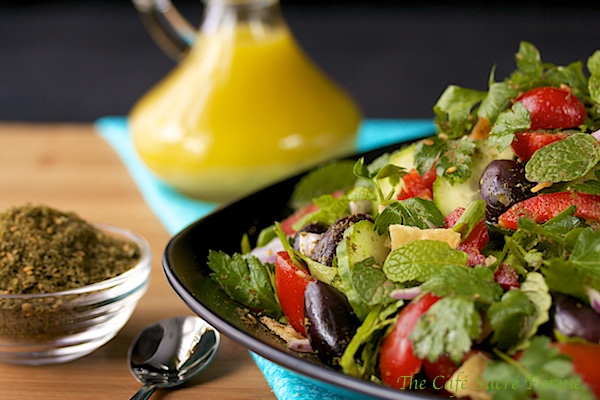 Za'atar is also commonly mixed with olive oil and used as a dip for fresh pita bread. There are many legends involving záatar; one commonly held belief in Lebanon is that it gives strength and helps one to have a clear mind. So on testing days, children are encouraged to eat a slice of bread with za'atar and a drizzle of olive oil. Do you get the feeling that we're missing out on something here in the States? 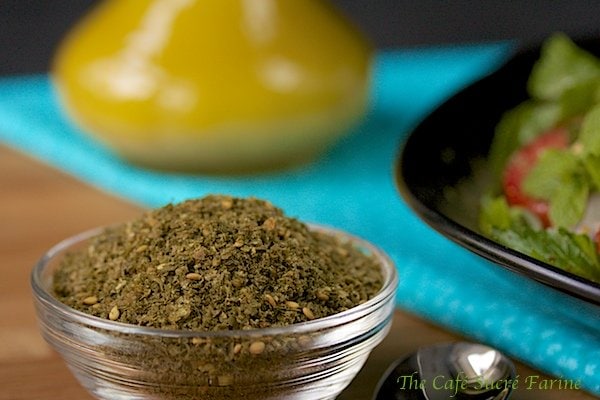 Well, if you've never had fattoush you are missing out on something delicious, fresh and quite addictive. I find myself craving these vibrant flavors quite frequently. And though I'm usually not crazy about tomatoes in the middle of winter, the deep red tomatoes-on-the-vine that you find year-round at most larger markets, do quite well with fattoush. And that makes me smile, happy to know that it's not relegated to one short season of the year. Try it, I think it will make you smile too with its burst of bright, fresh flavor!

P.S. Here in the Carolinas, Spring pokes her lovely head out towards the end of March which means we begin to pull out the warmer weather clothes. I have a feeling that I'll be needing to eat a lot of fattuoush over the next month. That's the reason I substitute flatbread crackers instead of the traditional fried pita in this salad. It's not totally authentic, but it's delicious  - and that's what counts, right? 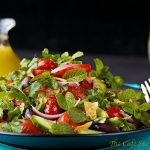