These Raspberry Pomegranate Swirl Cupcakes are based on my Best Vanilla Cupcakes and Buttercream Recipe, super tender melt-in-your-mouth cupcakes, and a delicious icing with just a touch of cream cheese. This recipe was the final result of a long quest to find the perfect yellow cake recipe. To me, this is what a really good wedding cake should taste like. 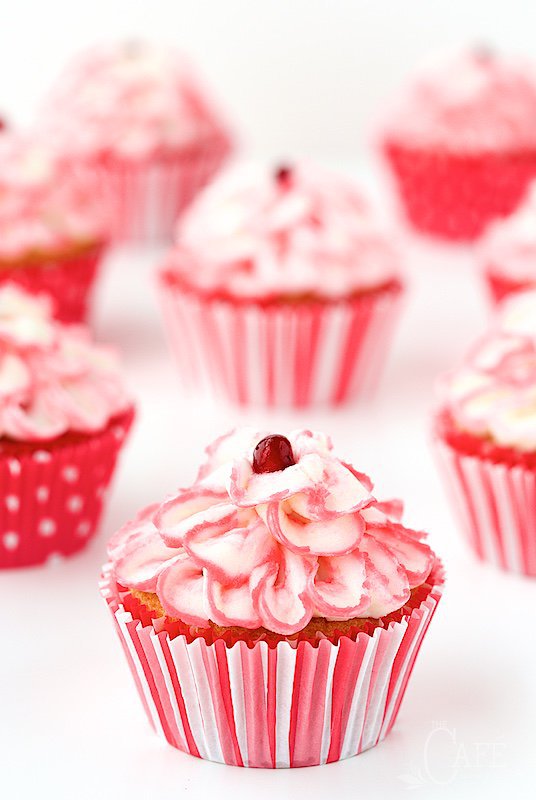 In celebration of pomegranate season, I combined raspberry jam and fresh pomegranate arils in a sauce pan and simmered the mixture for 15 minutes. Then I strained out the seeds and pulp, resulting in a delicious pomegranate-raspberry syrup. The syrup is simply drizzled over the cupcake batter right before they head to the oven. A quick swirl with a small knife or skewer and you've got a fabulous tasting cupcake with a beautiful splash of color. 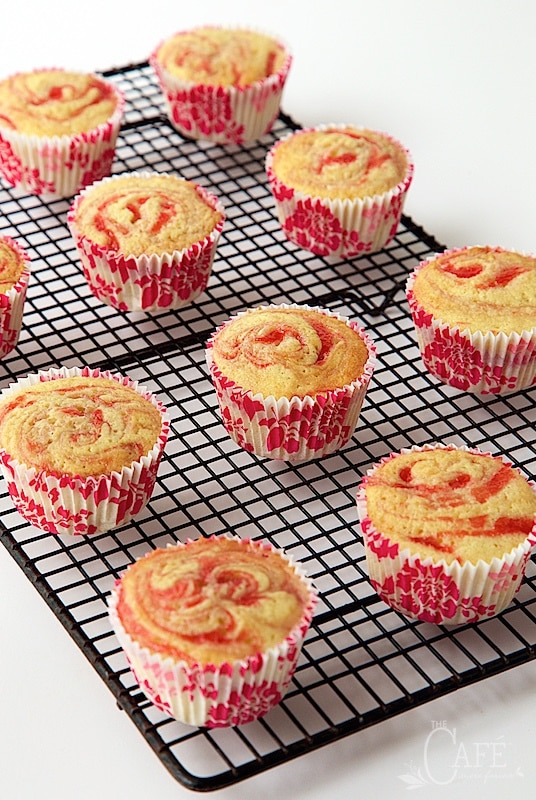 For the icing, I saved a bit of the pomegranate-raspberry syrup and used a two-tone technique that is explained in the recipe below. If you're in a hurry, or don't feel like fussing with a decorating bag, just add the raspberry-pomegranate syrup to the entire bowl of buttercream and frost the cupcakes with a knife. Believe me, they'll still be extremely well received! They've definitely been a hit here at The Café! 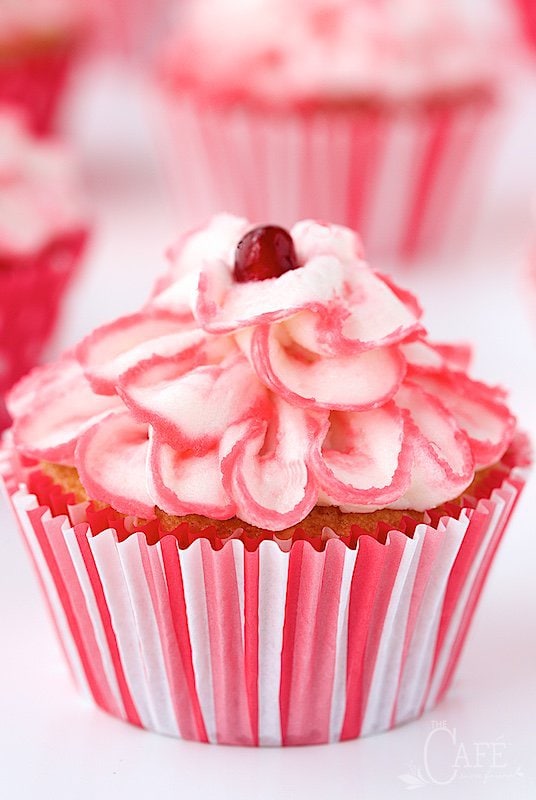 Give these Raspberry Pomegranate Swirl Cupcakes a try, I think they may become a seasonal favorite!

Author: Cupcakes adapted by Chris Scheuer from Back in the Days Bakery Cookbook 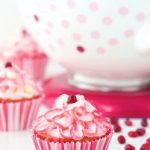