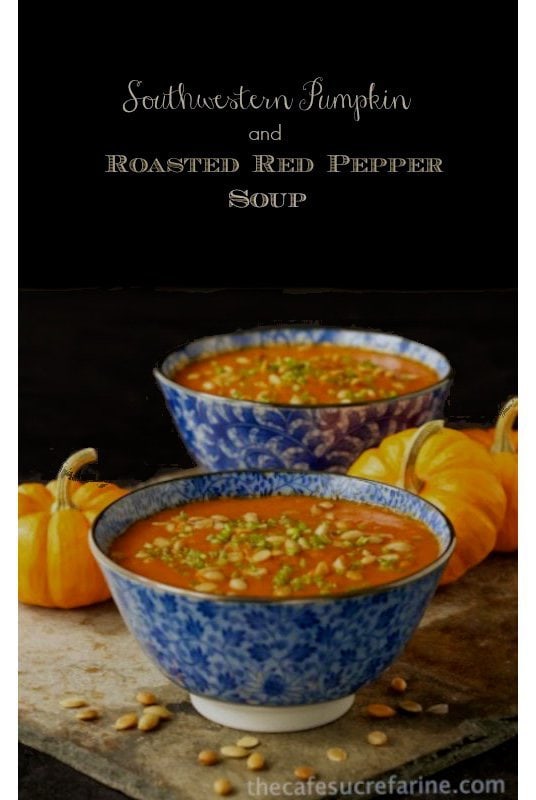 I lost it. Then I found it! And guess what? What I found is way better than what I lost. Years ago, I had a recipe for a simple, but delicious Southwestern Pumpkin Soup. I hadn't made it in years, and I"m not sure what even made me think about it again.
Perhaps it was the pretty pumpkins piled cheerfully in front of almost every local market, or maybe it was a craving for Mexican flavors. But, when I went to look for the recipe, alas, it was nowhere to be found. Rather than shed tears over spilled milk lost soup, I decided to create a new one! 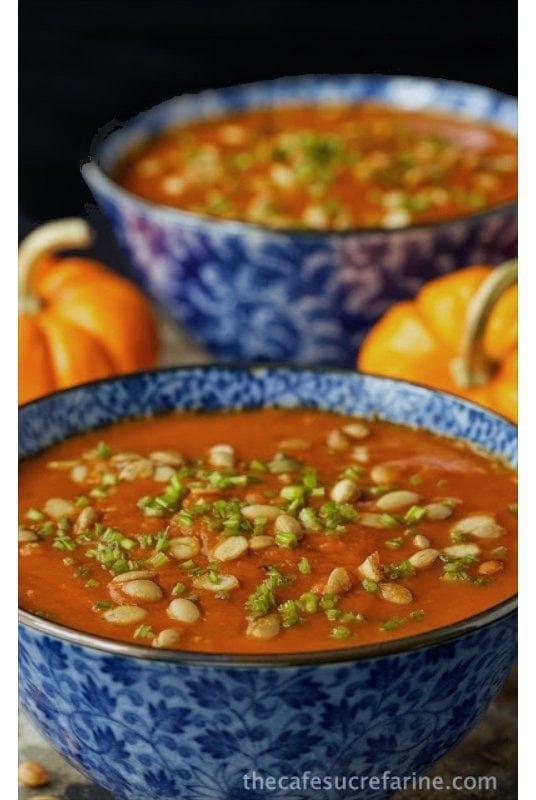 I had so much fun, as this recipe evolved, adding some additional ingredients from what I remembered the lost recipe having. I love throwing lots of healthy vegetables into my soups, making them powerhouses of nutrition and bursting with great flavor. Onions, shallots, carrots and jalapeño, all roasted until golden, combine delightfully with cumin, ground coriander and chili powder. Add a touch of brown sugar, and you have a delicious soup with a south-of the-border-flair. 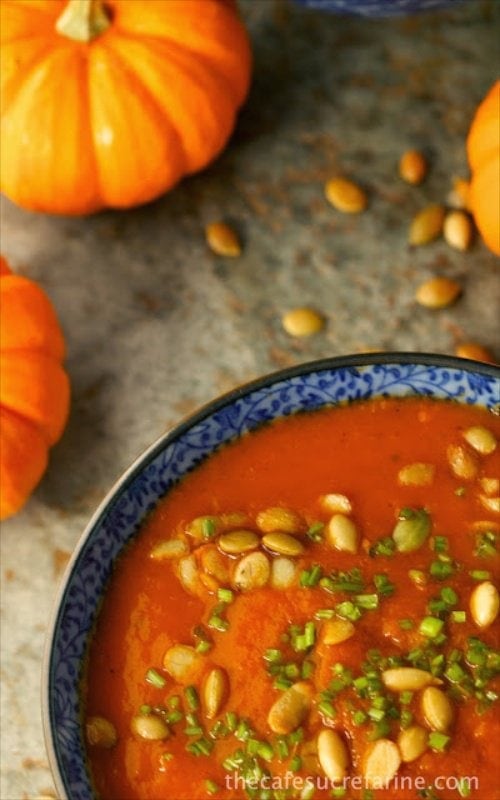 It turns out that I like this one way more than the original. The roasted veggies and warm spices give it a fabulous depth of flavor. Coconut milk adds just a touch of sweetness. I must say, I'm actually pleased that I lost the former - in order to make way for this wonderful Southwestern Pumpkin Soup.

When I looked at the weather forecast for the next week, I thought perhaps, I was back in London instead of sunny North Carolina. There's a steady string of cool, cloudy, rain-filled days in the outlook for us. There's an old saying; "When life gives you lemons, make lemonade". My new version is; "When life gives you gloomy days, make soup"! You won't be sorry you made this one! 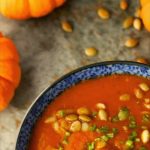 Notes:
~ * Cilantro stems are edible and are actually the most flavor-packed part of the plant! They also give a nice little crunch as a soup topping.
~ ** If you use a regular blender, allow soup to cool a bit. then puree it in batches, otherwise you'll have a huge mess when you turn the blender on. I use a immersion blender (also known as a stick blender) for soups and lots of other things. They are very inexpensive and save a lot of time.