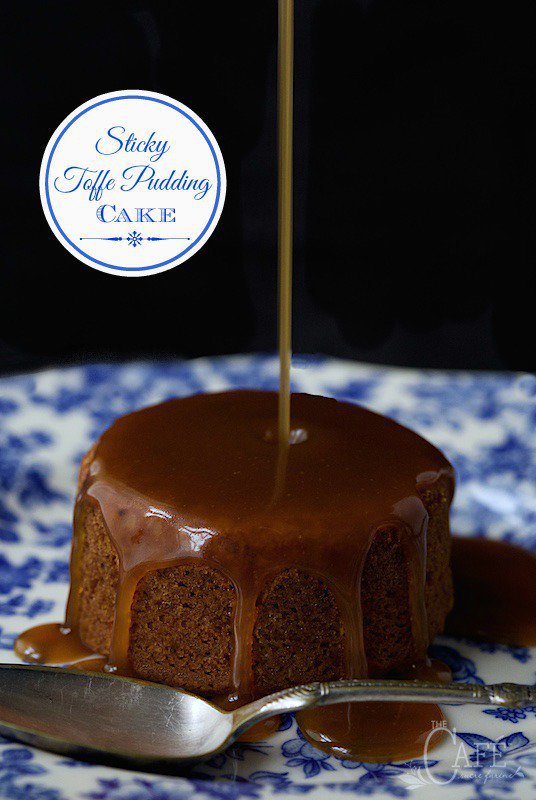 If you're not familiar with this iconic British treat you're about to be introduced to one of the most delicious desserts on the planet!

I must admit though, before I wrote this post, I had a major misconception about it.

In the past, whenever I thought of sticky toffee pudding, my mind would conjure up images of England in days gone by. I pictured rustic little pudding/cakes swimming in sweet, sticky toffee sauce being eaten by kings, knights, lords and ladies-in-waiting. In my imagination, they might have even gathered around a round table or partied in a huge, guilded banquet hall as they indulged in this decadent and crazy-delicious, dessert. 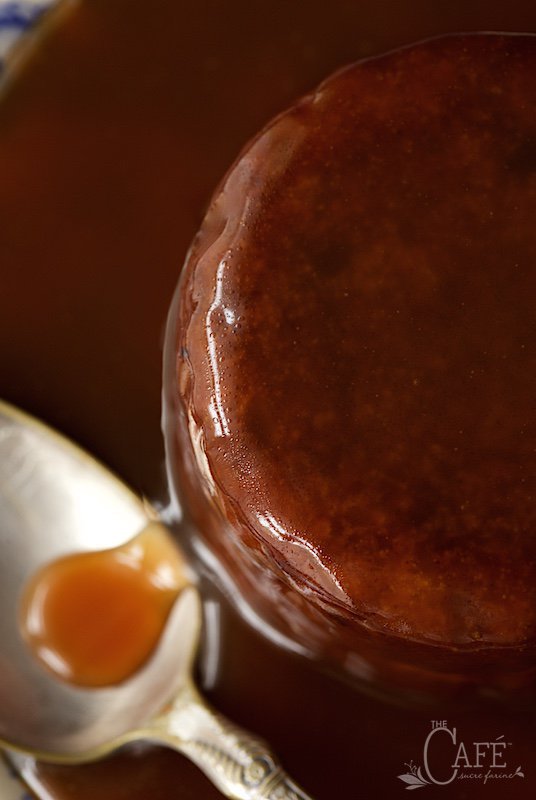 Was I ever misinformed! I hate to disillusion you too, but the truth must prevail; Sticky Toffee Pudding is actually a relatively modern dessert - and didn't originate in England! The story is told that the dessert  was first served in the 1970's by Francis Coulson at his Sharro Bay Country House Hotel in the Lake District of England. It's claimed that he received the recipe from a friend and fellow hotelier who had originally gotten the recipe from two Canadian air force officers who had stayed at her hotel during the second world war. Canadian? Yes! 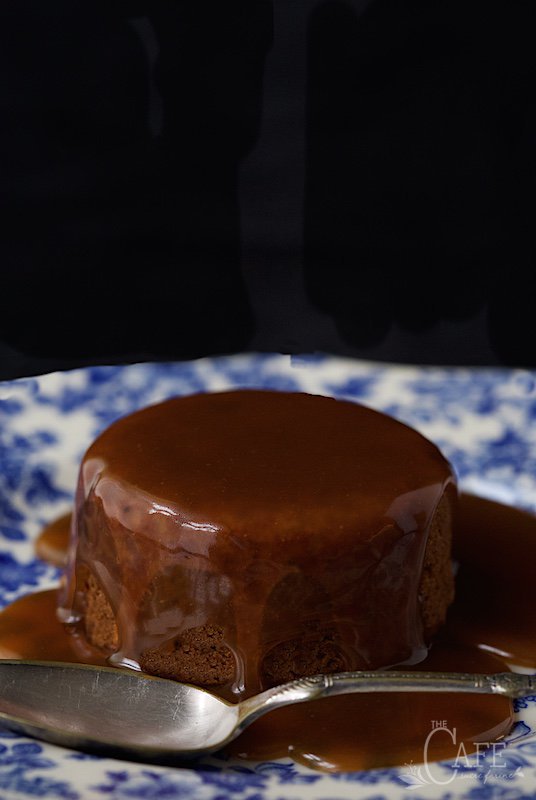 Not quite how I imagined, but you know what? It doesn't matter a bit, it's still one of the most delicious desserts on the planet and no history (or lack of history) can change that! 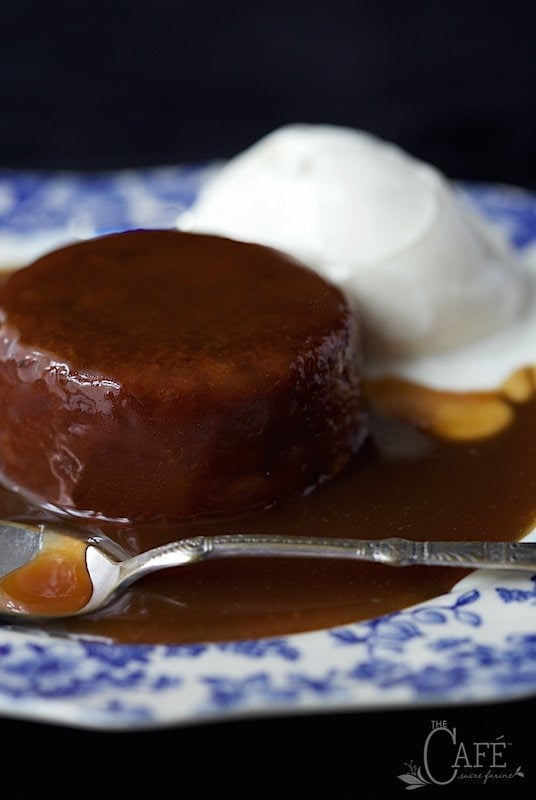 I've been making this Sticky Toffee Pudding since 2002, when it first appeared in Food and Wine, but I have adapted it a bit over the years. I'm a bit lazy, so instead of using a food processor and a mixer (as instructed in the Food and Wine recipe), I've figured out how to get the same results with just the mixer. And, in a nod to my affection for delicious, yet simple recipes, I've switched out the 40 minute caramel sauce for my Ridiculously Easy Caramel Sauce, which comes together in 5 minutes. To me, it tastes just as good (actually ridiculously good). I've made a few other small adaptions, but for the most part, I follow the Food and Wine recipe with wonderful results. 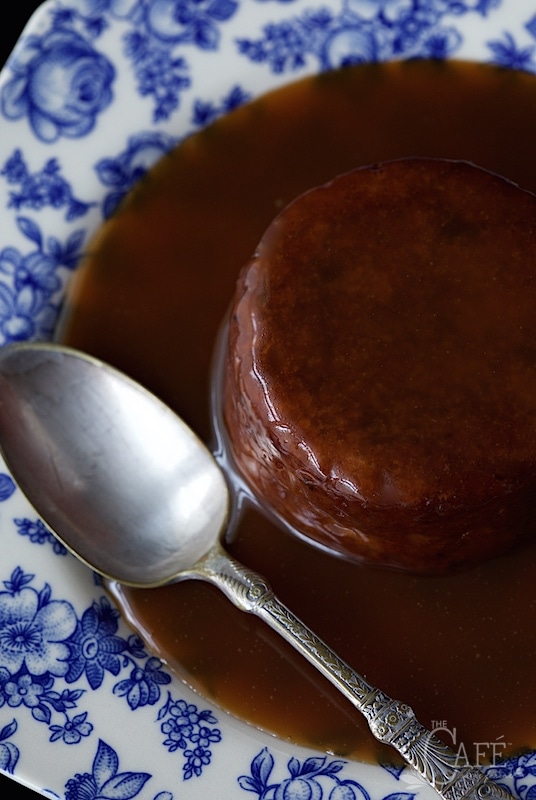 The directions call for slicing the cakes in two after baking and drizzling each layer with the delicious, buttery toffee sauce. The layers are put back together and then returned to the oven for a short stint. This is where the sauce and the cake magically become one, and an ordinary little cake is transformed into something super extraordinary!

So pin or bookmark this one in your upcoming holiday recipe collection. Serve it slightly warm with a scoop of vanilla ice cream and a drizzle of the caramel sauce. Don't worry if you  notice one or two guests picking up their dessert plate and licking it clean - that's perfectly normal behavior for Sticky Toffee Pudding!

P.S. If you missed our last post, London Life, you might not be aware that we're posting from London this week, where we're visiting our daughter and her family. Hence the classic British recipe today.

Tomorrow, Scott and I will be heading to France, where we've rented a flat in Provence for a week. We'll be sharing our adventures (including a day of cooking at a Provencal cooking school!) as well as some wonderful southern French recipes, starting with this amazing Beef Daube, an incredibly delicious, make-ahead dinner in a bowl. Beef stew, Provencal style! 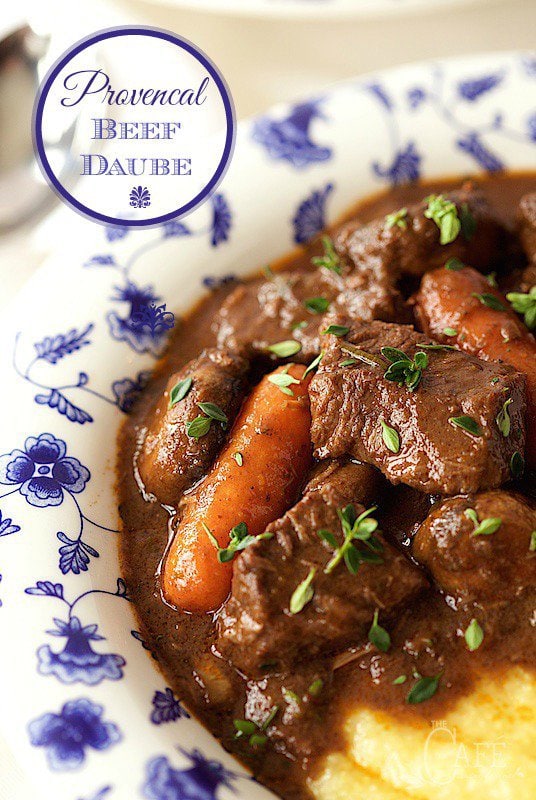 WANT TO SEE MORE DELICIOUS RECIPES FROM THE CAFÉ? SIGN UP FOR OUR EMAIL SUBSCRIPTION. THAT WAY, YOU’LL NEVER MISS A POST. 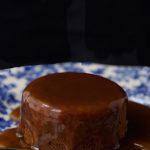 *If you like your dessert a little less sweet, feel free to skip the step of slicing the cakes and adding the syrup in between. They are still very good served warn with just a drizzle of the syrup.
I sometimes use 3-ounce ramekins for these little puddings which gives me 8 desserts.