Crostini make a great base for so many types of appetizers. Learn how to make the BEST Homemade Crostini for a fraction of what you'd pay at the grocery store or gourmet shop!

I love having a stash of homemade crostini tucked away for easy, quick appetizers. Crostini also pairs well with soups and salads and make a delicious little crispy snack. Although it's tempting to pick up a box or bag of crostini at the grocery store or gourmet shop, you can save lots of money by making them yourself and they taste so much better than anything you can buy. 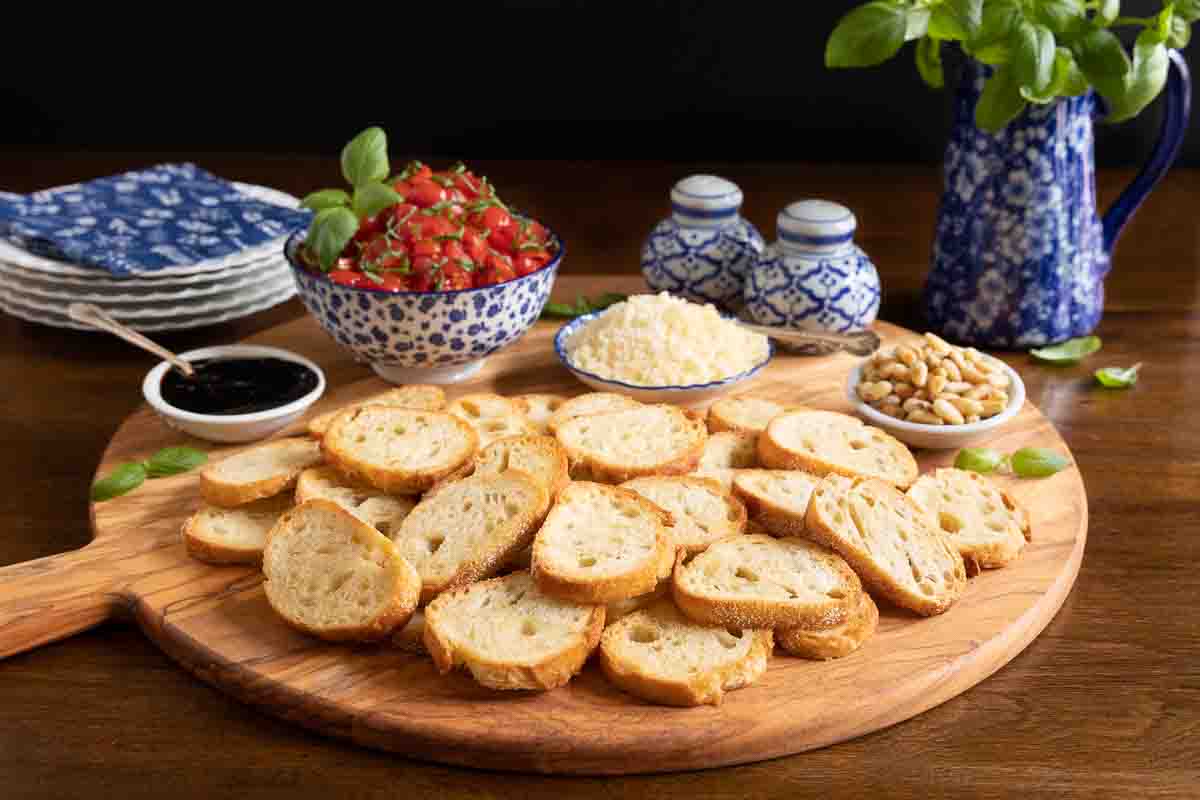 Crostini is an Italian word that's translated as "little crusts" in English. Crostini consists of small slices of bread that are brushed with oil and toasted until golden and crisp in the oven or on the grill. These crispy little toasts are often used as a base for savory dips and spreads.

Probably the most classic topping for crostini is a simple combination of chopped tomatoes, garlic, olive oil and fresh basil. This delicious, fresh appetizer is often called bruschetta. 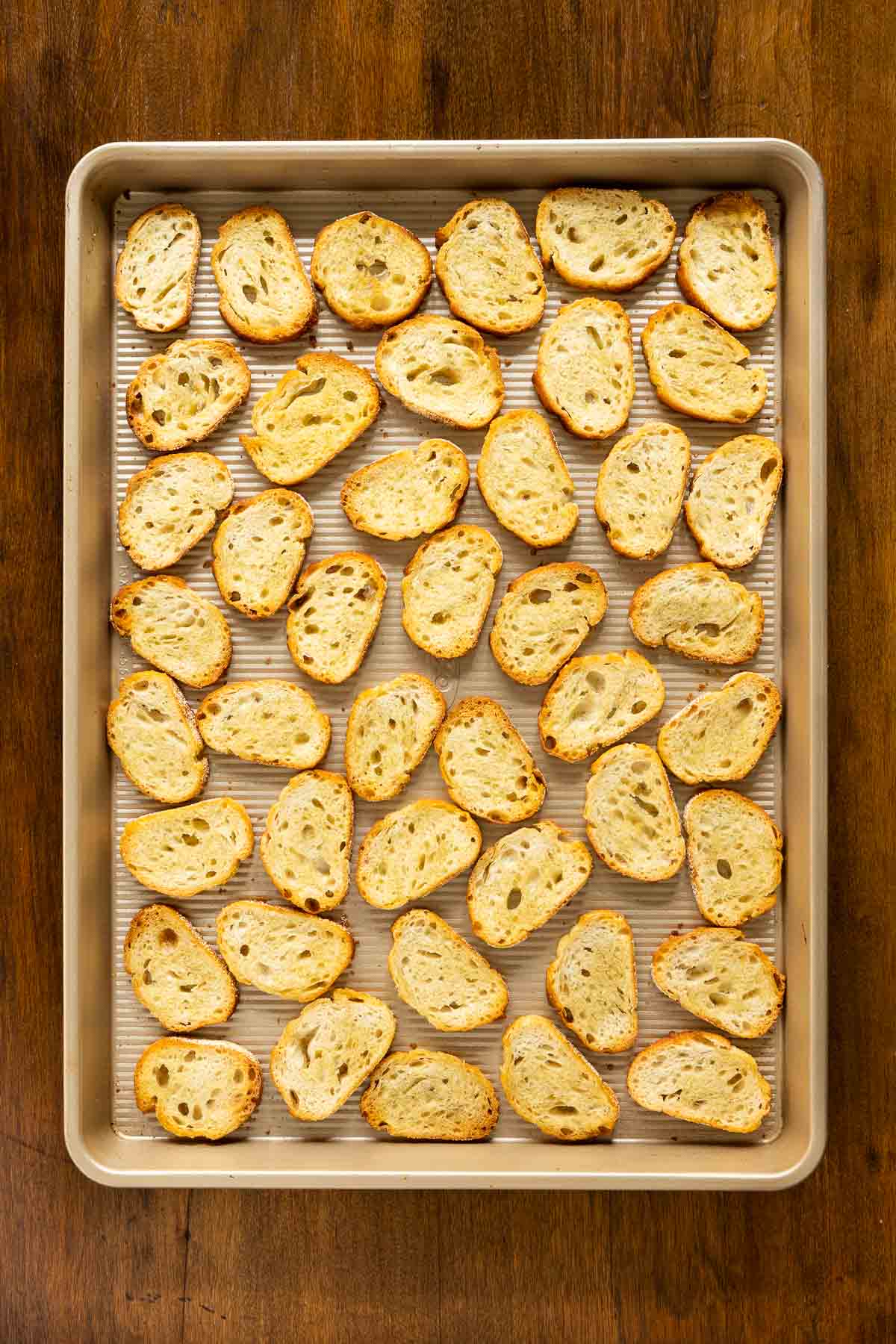 How do you make crostini?

It honestly couldn't be easier. These are the steps: 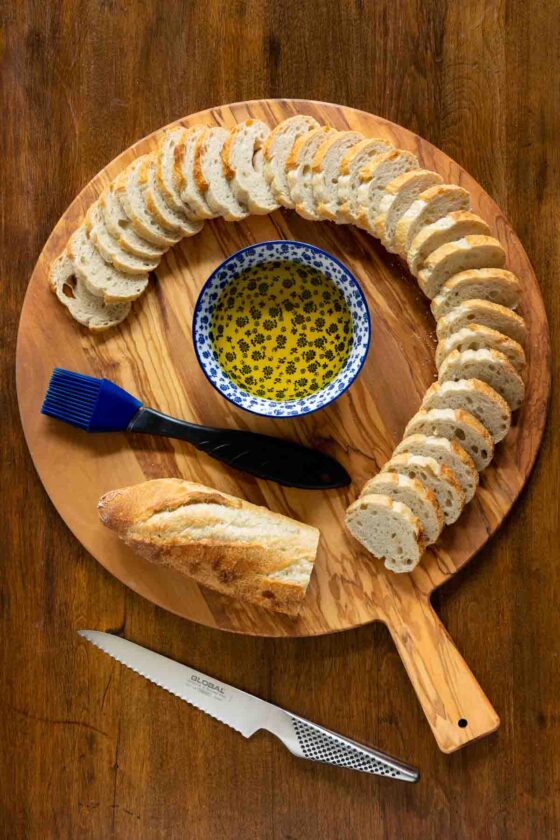 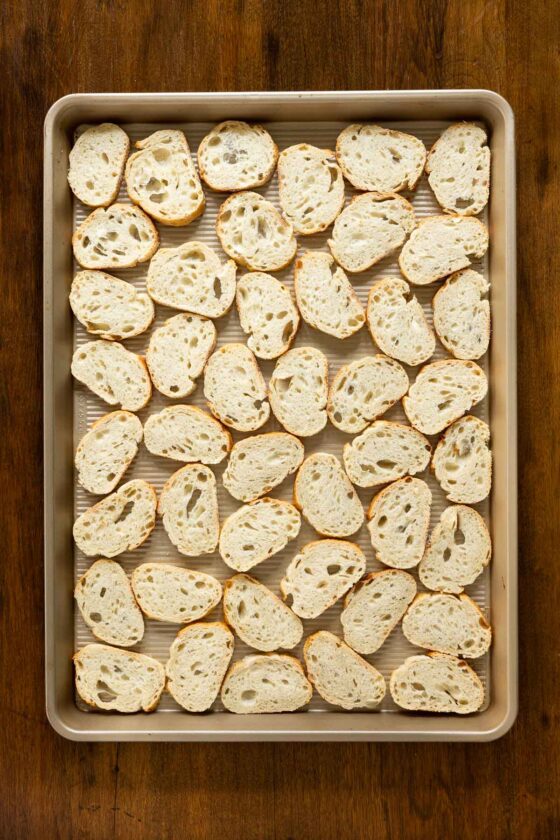 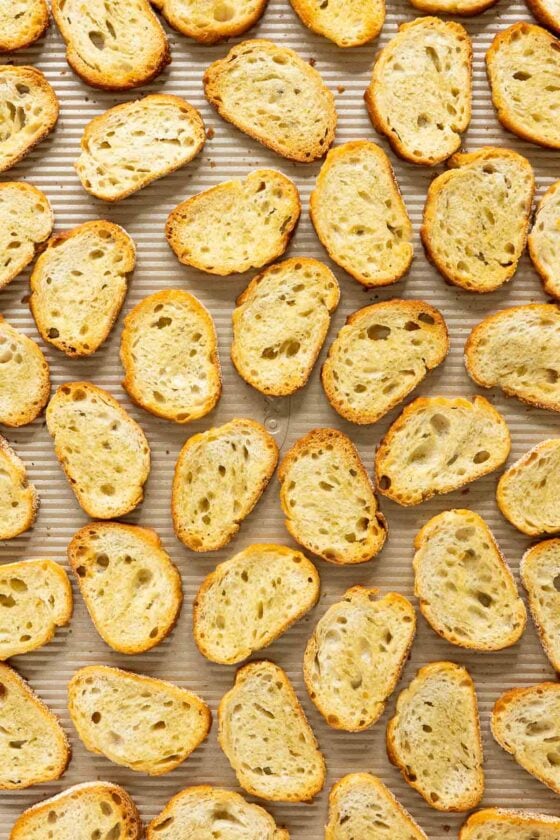 Because we love homemade crostini so much and really want you to see how easy it is, we created a short video, demonstrating the steps:

What's the best bread for crostini?

A crusty, firm baguette works well for crostini. I often use La Brea baguettes which are available across the U.S. at many larger grocery stores. I've also used baguettes from the Costco bakery section which come in a package of two and are very reasonably priced. I don't like using baguettes from most grocery store bakeries as they're squishy and don't have the greatest texture. 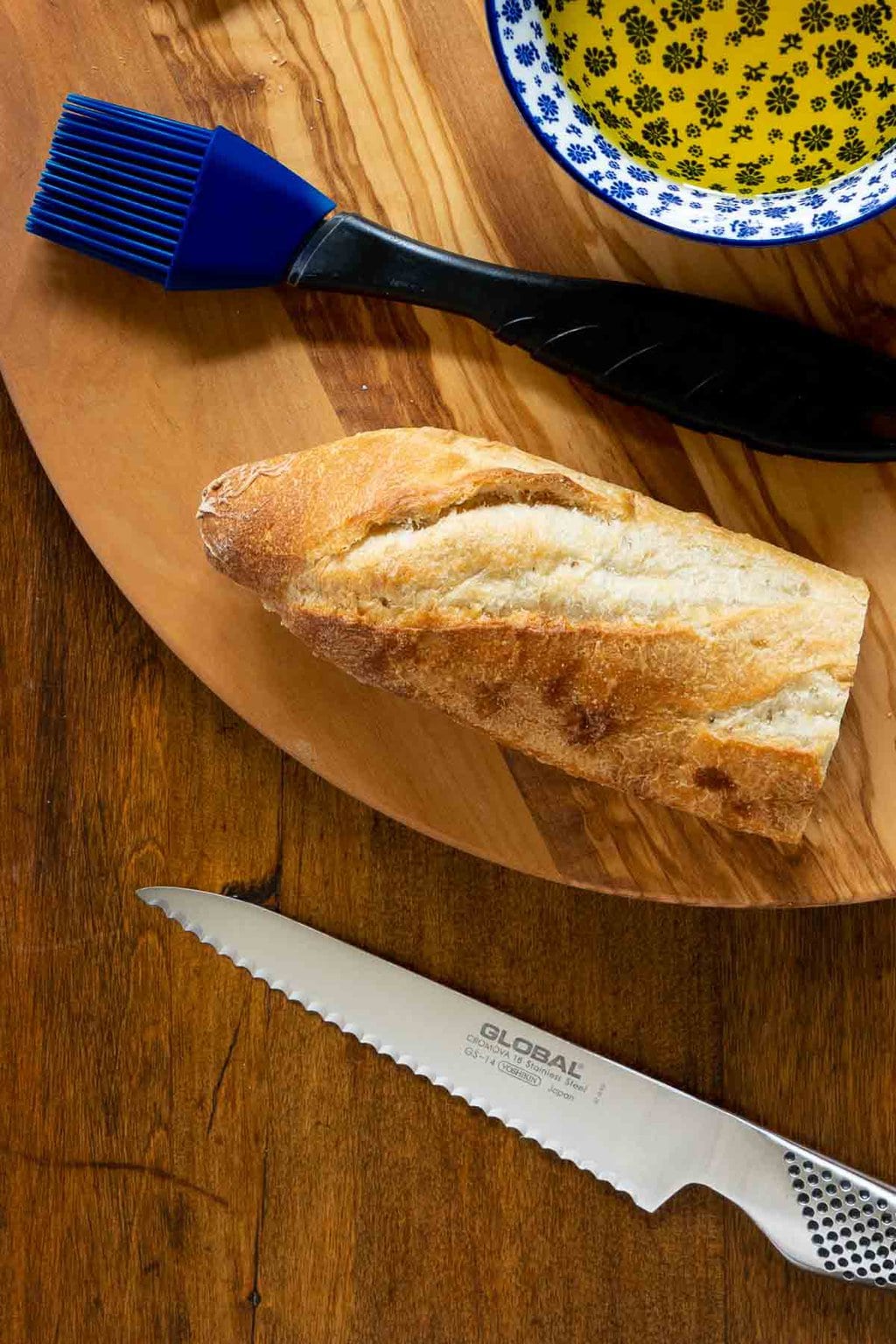 We'll be referring back to these Homemade Crostini frequently as we share more appetizer posts. Coming up we have a delicious Any Time Bruschetta recipe that works well in the summertime when your tomato vines are overflowing, but it's also fabulous other times of the year, using store-bought grape or cherry tomatoes. 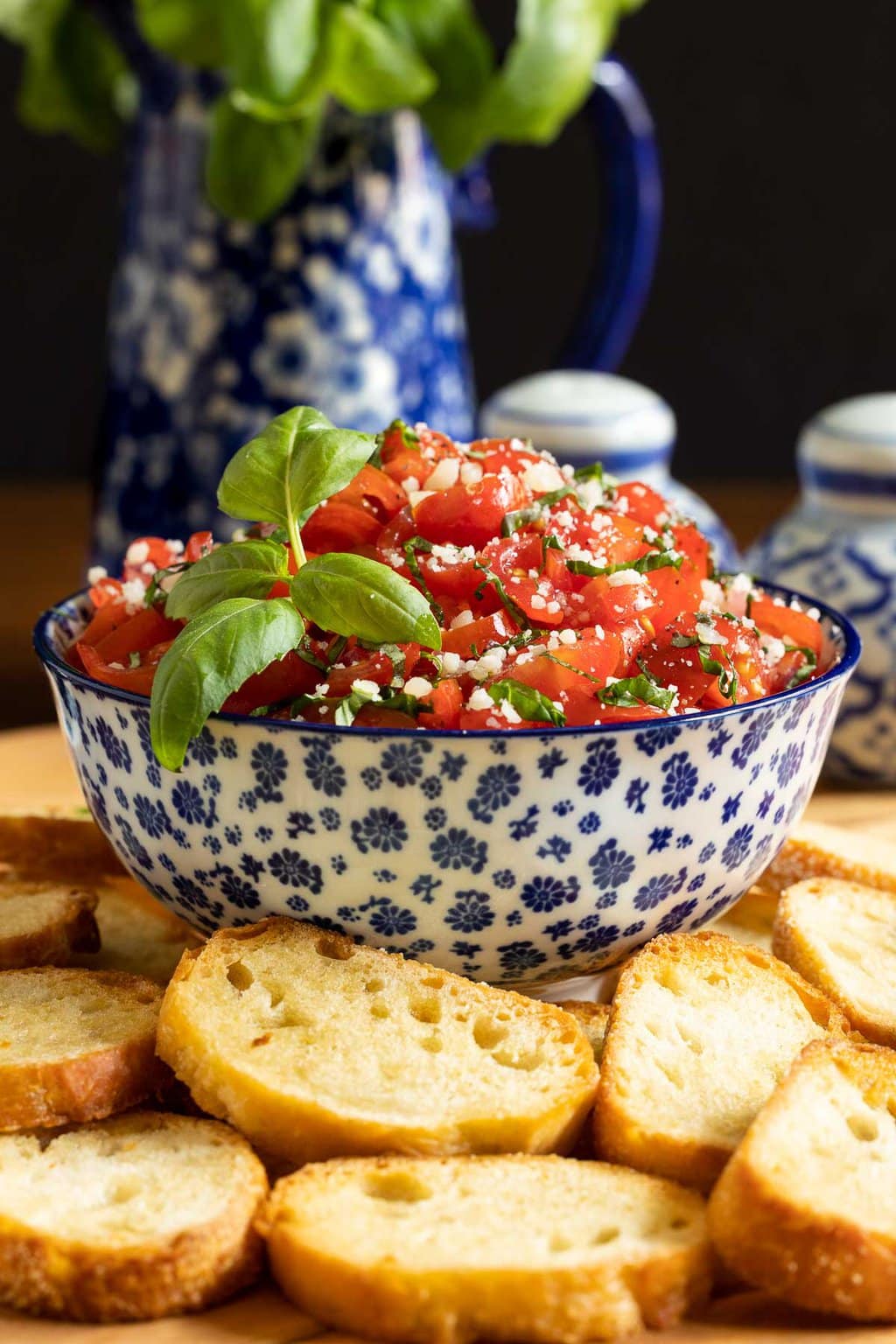 You might want to go ahead and make a batch of these crostini so you'll be all set. But be sure to stash them away off the beaten path as they are super tempting and there may be none left when you go to look. 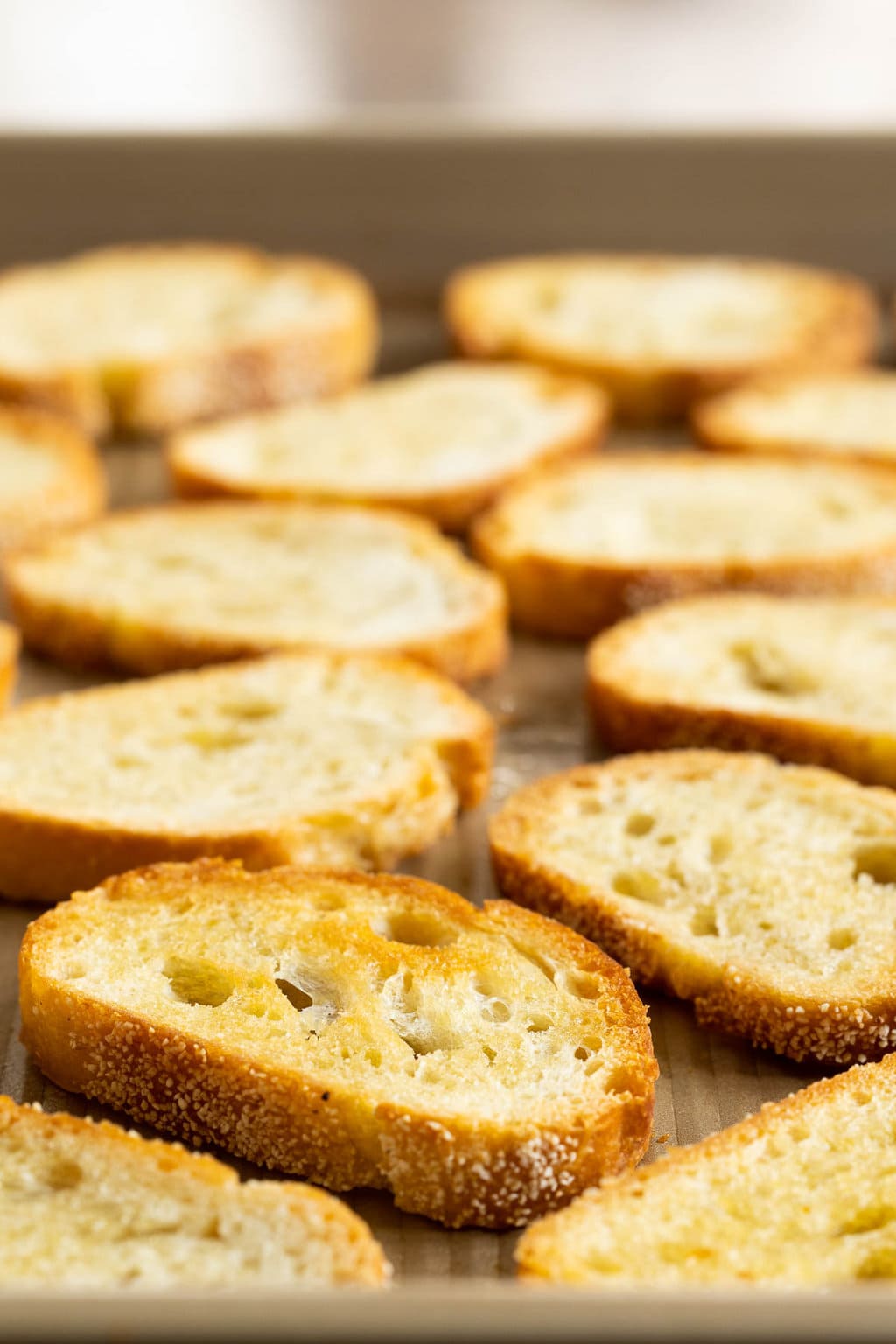 Thought for the  day:

The LORD is my light and my salvation,
who shall I fear?
The LORD is the stronghold of my life;
of whom shall I be afraid?
Psalm 27:1 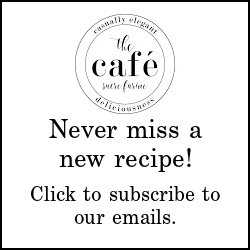 If you enjoy this recipe, please come back and leave a star rating and review! It’s so helpful to other readers to hear your results, adaptations, and ideas for variations.

Print
How to Make the Best Crostini
Crostini make a great base for so many types of appetizers. Learn how to make the BEST Homemade Crostini for a fraction of what you'd pay at the grocery store or gourmet shop!
Author: Chris Scheuer 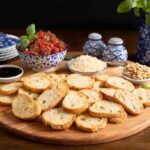 See Café Tips above in the post for more detailed instructions and tips to ensure success.

If you prefer to use Metric measurements there is a button in each of our recipes, right above the word “Instructions”. Just click that button to toggle to grams, milliliters, etc. If you ever come across one of our recipes that doesn't have the Metric conversion (some of the older recipes may not), feel free to leave a comment and I will add it. 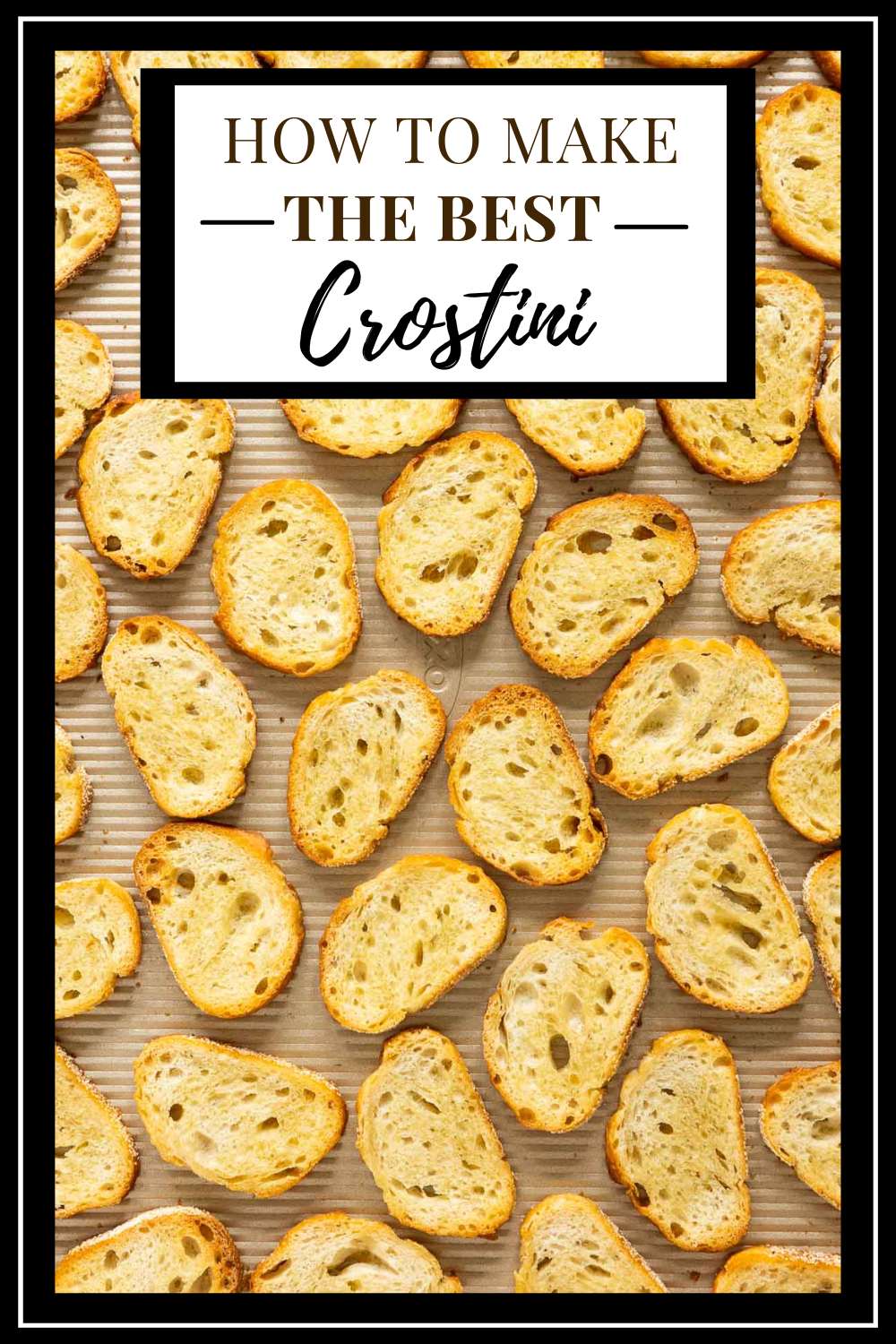